Lets have the patients clean up the economy, while they are healing…….-UA 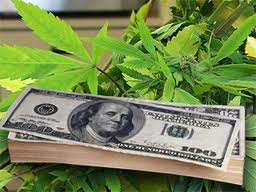 A state report indicates Michigan has made more than eight million dollars in profit in the first two years of the state licensing of marijuana patients and their caregivers. According to state officials, more than 100 thousand state residents are registered to use and provide medical marijuana. State voters approved medical marijuana in 2008, but many municipalities have restricted its growth, looking for guidelines from Lansing or from the courts in restricting the development of commercial “clinics.” Along the Lakeshore, Holland and Holland Township have already enacted ordinances aimed at keeping medicial marijuana a “home-based” business, while other communities have put up temporary moratoriums.