Legislation narrowly approved over the weekend would decriminalize the possession of small amounts of pot.

What can you count on from CT?  -UA 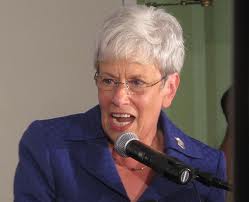 Democratic Lt. Gov. Nancy Wyman was the deciding vote after the Senate voted 18-18 on Saturday to decriminalize the possession of small amounts of marijuana.

Wyman supported the legislation, sending it to the House for final legislative action. Four Democrats joined 14 Republicans in opposing the bill (click here for votes).

In opposing the bill, Sen. Meyer recalled the personal story of two relatives – not his children, both with mental health issues – whose lives have been negatively affected by their chronic use of marijuana.

“Some drugs are illicit because of three factors. First, because they are highly toxic, secondly because they cause anti-social conduct, and third, because they result in high health costs. Marijuana fits into that category very well,” Meyer told Senate members. “While we are taking only a small step with this bill today, we are taking one that is very controversial. The toxic effects of pot, on balance, suggest to me that we must reject this bill.”

The bill would reduce possession of less than half an ounce of marijuana from a class C misdemeanor to a violation, punishable by a $150 fine for a first offense, and $200 to $500 for subsequent offenses.

Individuals under 21 years-old would have their driver’s license suspended for 60 days, in keeping with existing penalties for underage drinking. Anyone with three or more offenses would additionally be referred for participation in a drug education program at their own expense.

Current law allows up to one year in prison and a fine of as much as $1,000 for possession of any amount less than four ounces of marijuana for a first offense. Subsequent offenses under current law are subject to up to five years in prison and as much as a $3,000 fine.