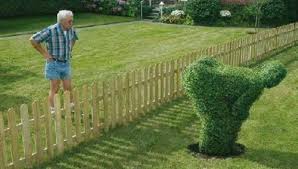 COVINGTON – When Mike Finke opened the garage door of what he thought was the foreclosed condominium he had just purchased for his son, he was stunned at what he found.

Forty-eight pounds of high-grade, medicinal marijuana one would typically find in California “dispensaries” with an estimated valued of $150,000, according to authorities.

It turned out Finke had opened the wrong garage door in the condo complex, but it led authorities to a major drug bust in Northern Kentucky.

On Monday, Benjamin Bingham and Nicholas Mann pleaded not guilty in Kenton Circuit Court to conspiracy to traffic in marijuana.

While Finke and his son, Matthew, declined to speak with a reporter, an account of how the elder Finke stumbled upon the cache of marijuana is outlined in public records and police reports.

Two months ago, Mike Finke purchased the condo in the 900 block of Virginia Lane out of foreclosure for $72,500. It has a sweeping view of the Ohio River and Cincinnati’s skyline, and another condo in the complex is currently on the market for $164,900.

The father was cleaning out the condo on April 16 when he went to the detached garage to see if anything had been left behind by the previous owners. Finke said that, when he put the key in the garage door lock, it would not work. The key became jammed and the lock pulled out of the wall allowing Finke to open the garage door.

When he opened two black duffel bags and a brown suitcase, Finke found the marijuana and called Covington police. It was only after police officers arrived that Finke figured out he was in the wrong garage when another resident walked by and told him.

In the kitchen, investigators seized a digital scale, grinder, Tupperware filled with marijuana and a vacuum sealer with heat-sealing bags.

Investigators searched a bedroom and found Remington rifle with a scope in a black gun case and a Smith & Wesson .38 revolver with more marijuana. There was a box with $41,022 in the closet. Most of money was divided into $5,000 bundles near a ledger that contained names.

The search later led investigators to a safety deposit box at a Chase Bank branch in Bellevue where $107,890 was seized.

In the second-floor master bathroom, investigators opened the top drawer of the cabinet to find an ash tray with several marijuana cigarettes, rolling papers and one marijuana bud.

As investigators searched the condo, the residents, Bingham and Mann, pulled up in a black Ford Excursion with a woman in the in the passenger seat. The two men, both 30, refused to talk with detectives and were taken to the Kenton County jail where they each posted a $5,000 bond to be released.

The woman in the car said the trio was returning from a day at Keeneland racetrack in Lexington. She said the cash found in the condo was from one of the residents winning $46,000 from a recent gambling junket to Las Vegas.

Medical Marijuana to be Grown in White House Garden this Year…