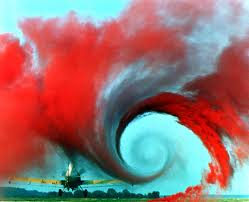 COLUMBUS, Ohio (AP) — A woman convicted in a $3 million scheme that shipped thousands of pounds of marijuana from California to Ohio in suitcases says she deeply regrets her involvement and has asked a federal judge not to send her to prison.

Lisette Lee faces 10 years to life at her sentencing, set for Friday in Columbus, although under federal sentencing rules, she’s likely to receive the lower sentence.

Lee, 29, of Los Angeles, pleaded guilty in February to one count of conspiracy to distribute and possess with intent to distribute more than 2,000 pounds of marijuana.

Federal authorities have said Lee was the primary courier for a scheme that distributed about 7,000 pounds of the drug overall and made more than $3 million from November 2009 through April 2010.

Lee told U.S. District Court Judge Algenon Marbley in a letter Monday that she has spent the past year in jail witnessing the negative effects of drugs on young and old alike.

“I have been shocked and appalled at the devastation caused by drug usage, and cannot even begin to express how sick I feel inside for even having danced around the fringes of this world, ignorant as to its relentless destruction,” Lee wrote.

“Every day for nearly a year, I have lived, breathed, and interacted with ruined victims of drugs, and each day has been a harder slap than the last,” she said.

Lee’s lawyers argue that the year she has spent in custody is enough time behind bars and a long period of supervision would deter her from future crimes. They also said she was approached by a co-defendant, David Garrett, because of her naivety and her access to her family’s private jet.

“It is clear Ms. Lee did not understand the gravity of her offense,” Lee’s lawyers said in a court filing Monday.

“Marijuana is not generally viewed as a serious drug, especially in California where medical marijuana is legal,” they said. “It was not until Ms. Lee was incarcerated that she was expose to the tragic effects drugs can have on people’s lives.”

Prosecutors are expected to file their own position regarding Lee’s sentence later this week. In February, the Drug Enforcement Administration said Lee was the primary courier in a group of four to five people bringing the marijuana to Ohio.

“Lee was responsible for all facets of the transportation of the marijuana loads from Los Angeles, Calif., to Ohio, as well as the transport of drug proceeds back to Los Angeles,” Matthew Heufelder, a DEA special agent, testified at the time.

Garrett was sentenced in April to 10 years and one month in prison after pleading guilty last year to distributing more than 2,000 pounds of marijuana.

Six people have either pleaded guilty or agreed to plead guilty since prosecutors announced their indictment last year.