Now we need Lincoln Chaffee needs to follow through with his obligation to help the patients of Rhode Island.  -UA 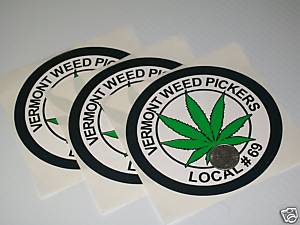 Those who suffer from chronic pain or who are seriously ill will be able to buy marijuana from a dispensary.

That bill was signed into law Thursday by Governor Shumlin at a State House ceremony. Many of those who attended have had personal experience in the use of medical marijuana. Max Thayer is one of about 300 Vermonters on the state’s marijuana registry; people deemed sick enough to smoke and grow pot legally. The East Wallingford man’s late brother, Tristan, also used marijuana to relieve his pain when he had cancer. Under this new law, it would create places for patients to legally purchase pot.

“It would have made all the difference for Tristan, he was in a position where he was diagnosed with leukemia. He was nearly dead and he had no access to the only medicine that helped him. Safe reliable access for Vermonters will mean they can actually get the medicine everyone recognizes will helps them,” Thayer said.

“What we know is that not everyone can grow their own marijuana successfully and they have had to turn to the black market. That is not a comfortable thing for someone who is sick or frail,” said Rep. Sandy Haas (P-Bethel).

The law will establish dispensaries in Vermont, but where they will be located has not been decided. Not everyone, is in favor of the new law. A number of federal prosecutors across the country have expressed reservations about the growing trend of dispensaries and are worried it could lead to more crime.