Thanks for nothing Judge. -UA 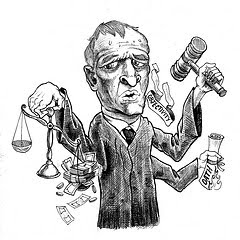 GRAND RAPIDS, Mich. (WOOD) – According to a Michigan federal court judge on Friday, medical marijuana patients have no right to privacy.

Federal Judge Hugh Brenneman Jr. ruled Michigan patients have no right to privacy when it comes to a federal investigation involving marijuana. In short, medical marijuana patients should not expect the information they give to the state to receive a registration card will be kept from federal investigators.

This ruling comes despite a provision in the state’s Medical Marijuana Act which promises patients their information will be kept private.

The state law previously approved by voters makes it a misdemeanor for a government employee to disclose confidential information about a registered medical marijuana patient or caregiver.

That provision put state workers at odds with federal investigators who had a subpoena for information on certain patients. According the the law, those in violation could face up to six months in jail and a fine of up to $1,000.

However, the federal law that made marijuana illegal supersedes Michigan’s law, giving patients a defense in certain instances, Brenneman said.

Michigan Attorney General Bill Schuette asked the court to give state workers immunity from prosecution if they were forced to violate the privacy section of the law.

Therefore, the law is void when it comes to federal investigators. According to court documents obtained by 24 Hour News 8, Brenneman said there was no need to give state workers immunity in this case.