Time running out for marijuana bills 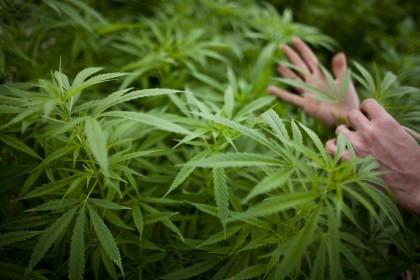 HARTFORD — Proponents hope amended language and a persuasive governor will guarantee the General Assembly passes one of a pair of controversial marijuana bills before next Wednesday’s adjournment.

“At least one of the two is going to pass,” Michael Lawlor, Gov. Dannel Malloy’s criminal justice undersecretary, said Wednesday as lawmakers worked behind the scenes to refine proposals decriminalizing small amounts of marijuana and legalizing it for medicinal purposes.

The two bills survived the Legislative Committee process and await action in the Senate, which must pass them on to the House of Representatives.

“We’ve been under the assumption they’re not coming out of the Senate,” House Majority Leader Brendan Sharkey, D-Hamden, said Wednesday.

But Lawlor and Sen. Eric Coleman, D-Bloomfield, a Judiciary Committee chairman, were optimistic the proposals are off life support thanks to recent changes.

Coleman said the fine for possessing less than a half-ounce of marijuana has been increased from $99 to $200 for the first offense and $500 for the second.

Possession of under 4 ounces is now punishable by up to a year in prison and a $1,000 fine. Minors will also lose driving privileges for a period of time, Coleman said.

And he said the revised medical marijuana legislation scraps the section allowing home-grown plants, replacing it with a controlled distribution process with four regional growers overseen by the state Department of Consumer Protection.

State Sen. Gayle Slossberg, D-Milford, said she cannot be swayed to back decriminalizing marijuana no matter the proposal. But state Sen. Edith Prague, D-Colombia, said she will back the revised medical marijuana legislation.

“I wasn’t going to vote for the bill when people had plants in their houses,” she said.

Senate President Donald Williams, D-Brooklyn, who supports decriminalization but has opposed medicinal marijuana, said, “If it’s a system treating (marijuana) like other prescription drugs, I’d be willing to take a look.” Coleman and Lawlor said that is essentially the intent of the new language.

McKinney also argues decriminalizing marijuana will increase its use among minors, who may then turn to other dangerous substances.

“There is no big fear of getting caught. It’s just an infraction,” McKinney said.

Prague, who is on the fence about decriminalizing, said with the clock ticking and Senate debates dragging on for hours, “I don’t think we’d be able to do two bills.”

Coleman said the Malloy administration Wednesday indicated if only one of the bills can realistically pass the Senate, the governor would prefer to decriminalize marijuana. Coleman also said the administration has been talking to potential swing votes.

Malloy’s own family has been touched by drug use. In 2007 police accused the governor’s son, Benjamin Malloy, of being a marijuana dealer and he entered into a probationary program that would have wiped his record clean. But in late 2009, Benjamin was sentenced to five years probation for trying to rob a Darien man of his marijuana with a BB gun.

The governor has declined to discuss his son’s case, but in March told Hearst Connecticut Media Group current marijuana laws needlessly ruin lives as part of a losing drug war.

During a brief interview Wednesday, Tim Bannon, Malloy’s chief of staff, said, “We’re still hopeful both (marijuana bills) are going to make it out.”

Asked to confirm the governor was having conversations with individual senators about their support, Bannon said, “I’m sure he is. He’s not hesitated to reach out to legislators on bills he thinks are important.”