The US gov keeps their blinders on…..-UA 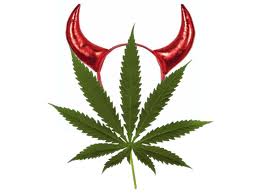 According to a commission that includes former heads of state, a former U.N. secretary-general and a business mogul.

A new report by the Global Commission on Drug Policy argues that the decades-old “global war on drugs has failed, with devastating consequences for individuals and societies around the world.” The 24-page paper will be released Thursday.

“Political leaders and public figures should have the courage to articulate publicly what many of them acknowledge privately: that the evidence overwhelmingly demonstrates that repressive strategies will not solve the drug problem, and that the war on drugs has not, and cannot, be won,” the report said.

Instead of punishing users who the report says “do no harm to others,” the commission argues that governments should end criminalization of drug use, experiment with legal models that would undermine organized crime syndicates and offer health and treatment services for drug-users in need.

The commission called for drug policies based on methods empirically proven to reduce crime, lead to better health and promote economic and social development.

The commission is especially critical of the United States, which its members say must lead changing its anti-drug policies from being guided by anti-crime approaches to ones rooted in healthcare and human rights.

“We hope this country (the U.S.) at least starts to think there are alternatives,” former Colombian president Cesar Gaviria told The Associated Press by phone. “We don’t see the U.S. evolving in a way that is complatible with our (countries’) long-term interests.”

“Drug addiction is a disease that can be successfully prevented and treated. Making drugs more available — as this report suggests — will make it harder to keep our communities healthy and safe,” Office of National Drug Control Policy spokesman Rafael Lemaitre said.

That office cites statistics showing declines in U.S. drug use compared to 30 years ago, along with a more recent 46 percent drop in current cocaine use among young adults over the last five years.

The report cited U.N. estimates that opiate use increased 34.5 percent worldwide and cocaine 27 percent from 1998 to 2008, while the use of cannabis, or marijuana, was up 8.5 percent.