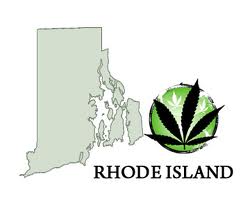 PROVIDENCE — Two state legislators met with Governor Chafee on Tuesday for an update on the state’s plans to license three compassion centers to sell marijuana to patients in the state medical-marijuana program.

Sen. Rhoda E. Perry and Rep. Scott A. Slater, both Providence Democrats, emerged from Chafee’s office following a 15-minute meeting in the State House. They felt that Chafee was supportive of the program to provide medical marijuana to those suffering from chronic pain and other illnesses, but the governor wants to make sure that the state doesn’t make a wrong move and subject the dispensary owners and investors to federal prosecution.

Slater and Perry want to get clarification on the risks from Sen.Sheldon Whitehouse.

“We don’t know anything,” Perry said. “We really need to get more information from the senator.”

The legislators met with Chafee for the first time since Peter F. Neronha, U.S. Attorney for Rhode Island, sent a letter to the governor’s office on April 27, saying that he might prosecute or take civil action against the centers and anyone affiliated with them. Neronha’s letter came just a few weeks after the state Department of Health announced that it had selected three dispensaries to sell medical marijuana in the state.

In response to Neronha’s threat, Chafee “placed a hold” on the dispensary program.

Similar missives were issued in several of the other 15 states that permit medical marijuana and have established, or are considering establishing dispensaries.

Among them are Maine and Vermont.

In early April, the first dispensary on the East Coast opened in Frenchville, Maine, in a raised-ranch house near the Canadian border. Two others were scheduled to open last week in Auburn and Ellsworth, Maine. A woman who answered the telephone at the Remedy Compassion Center in Auburn said that the business was open to patients “registered in the Department of Health and Human Services” medical-marijuana program.

She referred other questions to the owner, Tim. He did not return two phone messages.

In Vermont, the state House of Representatives and Senate have approved legislation that will allow the opening of four dispensaries.

Gov. Peter Shumlin, who sponsored a similar bill in the Senate last year, is expected to sign it, despite a letter from Tristram J. Coffin, the U.S. Attorney in Vermont, who sent a letter to lawmakers that was almost identical to the one Neronha sent to Chafee. Coffin said the dispensaries are drug-trafficking enterprises and would be subject to federal prosecution.

Claire Richards, Chafee’s chief legal counsel, has been the governor’s point person on the medical-marijuana dispensaries. She has had several conversations with Neronha, and she participated in a conference call with governors attending the National Governors Association in North Carolina.

She said that she is especially concerned about a federal prosecutor in Washington who has threatened to prosecute state workers involved in the regulation of the state’s marijuana-dispensary program. She also said that at least one private dispensary in Montana is suing the federal government for raiding its establishment.

Montana’s program, unlike Rhode Island’s, is not regulated by the state.

Richards said that she has also met with Seth Bock, owner of the Greenleaf Compassionate Care Center in Portsmouth, and Terence Fracassa, legal counsel for the Summit Medical Compassion Center in Warwick. They were two of the three applicants selected to run dispensaries in Rhode Island.

The other was the Thomas C. Slater Compassion Center in Providence, named after Representative Slater’s late father. He, along with Perry, championed the legalization of medical marijuana in Rhode Island. In 2009, Perry sponsored legislation that allowed the state to open up to three medical-marijuana dispensaries, also known as compassion centers.

Richards also has met with JoAnne Lepannen, executive director of the Rhode Island Patient Advocacy Coalition, an organization that works hand-in-hand with the medical-marijuana program and its patients.

Slater and Perry said that they hope to have a second meeting with Chafee in two weeks.

“I think there’s a lot of misinformation out there,” Slater said. “[Chafee] wants to see what the other states are doing.”

Everything You Need to Know About Flavanoids