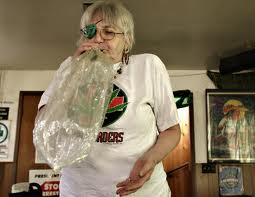 Market for these patients in sixteen states and D.C. estimated at between $2 – $6 billion annually

MAY 31, 2011 – We don’t know his or her name, but somewhere in one of sixteen states and the District of Columbia is America’s 1,000,000th legal medical marijuana patient. We estimate the United States reached the million-patients mark sometime between the beginning of the year to when Arizona began issuing patient registry identification cards online in April 2011

Between one to one-and-a-half million people are legally authorized by their state to use marijuana in the United States, according to data compiled by NORML from state medical marijuana registries and patient estimates.  Assuming usage of one-half to one gram of cannabis medicine per day per patient and an average retail price of $320 per ounce, these legal consumers represent a $2.3 to $6.2 billion dollar market annually.

Based on state medical marijuana laws, the amounts of cannabis these legal marijuana users are entitled to possess means there is between 566 – 803 million pounds of legal usable cannabis in America.  These patients are allowed to cultivate between 17 – 24 million legal cannabis plants.  There may possibly be more, as California and New Mexico “limits” may be exceeded with doctor’s permission and some California counties explicitly allow greater amounts, sothere may be as much as one billion pounds of state-legal cannabis cultivated in America.

Yet after fifteen years, one million patients, and half-a-billion pounds of legal marijuana, few if any of the dire predictions by opponents of medical marijuana have come to fruition.  Medical marijuana states like Oregon are experiencing their lowest-ever rates of workplace fatalities, injuries, and accidents.  States like Colorado are experiencing their lowest rates in three decades of fatal crashes per million miles driven.  In medical marijuana states for which we have data (through Michigan in 2008), use by minor teenagers is down in all but Maine and down by at least 10% in states with the greatest proportion of their population using medical cannabis.

California’s patient population can be estimated from data from other medical marijuana states where patients are required to register, shown in the table below. The top two of these are Colorado and Montana, which, like California, have a well developed network of cannabis clinics and dispensaries, and which report usage rates of 2.5% and 3.0%, respectively. Other states, where medical marijuana is less developed, report lower rates of 1% and less. However, California is likely to be on the high side because it has the oldest and most liberal law in the nation. Significantly, California is the only state that permits marijuana to be used for any condition for which it provides relief – in particular, psychiatric disorders, such as PTSD, bipolar disorder, ADD, anxiety and depression, which account for some 20%-25% of the total patient population. Adjusting for this, usage in California could be as much as 25% to 33% higher than in Colorado and Montana, which would put it well over 3% of the population (1,125,000).

A 2%+ patient population estimate is supported by data from the Oakland Patient ID Center, which has been issuing patient identification cards to its members since 1996. The OPIDC serves patients from all over the state, but especially the greater Oakland-East Bay area of Northern California, where its cards are honored by law enforcement. As of 2010, the OPIDC had issued ID’s to 19,805 members from five East Bay cities (Oakland, Berkeley, Alameda, Hayward and Richmond), amounting to 2.4% of the local population.Because the cards were issued over a period of 14 years, they include numerous patients who have lapsed, moved, or deceased. On the other hand, they do not include many other local patients who have current recommendations but never registered with the OPIDC.

We have made a similar estimate for Washington State’s patients, who are the only ones in the nation with no registry system in place (Gov. Gregoire recently signed a bill that initiates a voluntary registry).  With a law very similar to Oregon’s concerning qualifying conditions, applying Oregon’s 1.04% patient population figure gives us about 69,000 patients in Washington. However, Washington State’s larger urban centers (Seattle and Spokane), combined with a more liberal law than Oregon’s regarding who can sign recommendations (osteopaths, naturopaths, and nurse practitioners can recommend in Washington) and the lack of a state registry’s burden to patient compliance with the program suggests a higher estimate of 1.5% – 2% may be appropriate.  Numbers like Colorado’s 2.5% and Montana’s 3% are improbable as Washington lacks the greater patient access to dispensaries seen in those states.

Delaware, New Jersey, and D.C.’s programs are not operational yet, so they are not shown in our data table.  Most of the other state’s programs produce reports of patient registry numbers.  With Arizona signing up over 3,600 patients since mid-April, when it’s online-only registration went into effect, Arizona is on track to register over 30,000 patients this year.