One of the mysteries of the universe…..-UA 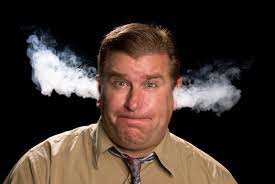 Smoking kills 6 million people per year, including 600,000 from second-hand smoking, according to the World Health Organization (WHO). By 2030, it’s expected to kill 8 million people.

“Up to half of all tobacco users will eventually die of a tobacco-related disease,” stated a press release WHO issued for the May 31st ‘No Tobacco Day.’

The US Centers for Disease Control and Prevention (CDC) has more telling statistics.  It states that smoking is the leading preventable cause of death in the US and kills more people than HIV, illegal drug use, alcohol use, car accidents, suicides, and murders combined.

Meanwhile, marijuana, which doesn’t cause death according to multiple sources, is illegal.

Multiple medical professionals have stated that it’s impossible to lethally overdose on marijuana. Contrastingly, many legal substances and over-the-counter drugs (like aspirin) can cause death by overdose.

Marijuana doesn’t increase the risk of cancer or other fatal diseases, according to multiple studies.  In fact, a UCLA study concluded that there is “even a suggestion of some protective effect” against cancer.

Whenever marijuana is blamed for causing fatal accidents, other substances are almost always present and marijuana usually played a marginal role. Marijuana isn’t generally linked to violence and certainly not linked to domestic abuse.

In short, marijuana is a safe substance.  Yet why is it illegal while substantially more harmful substances aren’t?

Steve Fox, director of public affairs for the National Cannabis Industry Association, blames it on government propaganda and cultural bias.

Throughout the years, similar (but usually less outrageous) lies about marijuana have been spread, leading the public to have a negative perception towards it.

Fox, however, is hopeful.  He believes those born after the 1950s have a more accurate understanding of marijuana.  Therefore, as time goes on, the US population will increasingly support the legalization of it.

The latest Gallup poll shows that 46 percent of Americans already support the legalization of marijuana.  Among survey participants between the ages of 18 and 29, 61 percent support it.