Medical cannabis among the ruins

Medical marijuana was the legislative disaster the session. It is not clear what will happen next. 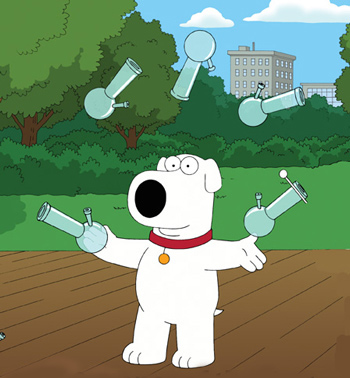 MEDICAL marijuana has been the legislative disaster of 2011. The way out is not yet clear. Prosecutors should tread cautiously, mindful not only of the letter of the law but of the public will.

In 1998 the voters of Washington voted 59 percent in favor of Initiative 692, to allow patients with AIDS, cancer and like diseases to use cannabis to ameliorate pain and nausea. The measure was vague; it was not clear how patients were supposed to get marijuana, because it was forbidden under federal law.

Washington has lived with this contradiction more than 12 years. Most of that time was during the Bush administration, which fought for the right to shut down all medical marijuana, won at the Supreme Court, and then did not do it.

Last year, state Sen. Jeanne Kohl-Welles, D-Seattle, began working on a bill to legalize commercial growers and dispensaries, bringing the entire medical-cannabis network into the open. She talked to all sides, and wrote many drafts. She found a Republican co-sponsor, Sen. Jerome Delvin of Richland.

It was a good bill, and it passed both houses and went to Gov. Chris Gregoire. At that point the Obama administration bared its teeth and Gregoire line-item-vetoed part of the bill before signing the rest into law.

Kohl-Welles’ carefully constructed plan was in ruins. To save some of it, she filed a new, less-sweeping bill. Last week it was about to be approved by a Senate committee when one previous supporter changed his vote: Sen. Mike Hewitt, R-Walla Walla. And that killed it.

Now the ruins. The old law, which remains in effect until July 22, allows a dispenser to serve only one patient. Dispensers have said they were serving one patient at a time, the new patient replacing the old one. But a non-vetoed part of the new law will not allow this. It requires any new patient to wait 15 days.

The new law will allow “collective gardens” in which 10 or fewer patients grow for their own use. But commercial dispensaries, the Republican prosecutor says, “do not have an argument.”

What to do with all the dispensaries that now exist?

“I don’t know yet,” Satterberg says.

The people of Washington, and particularly the liberal voters of King County, do not want dispensers of medicine prosecuted for felony distribution.

The people wanted medical cannabis legal. So did the Legislature. So did the governor, she said.

Prosecutorial discretion should be the order of the day, while political minds think of a way out.