For medical marijuana, some doses delectable

Advocates see a niche for pot in edible forms 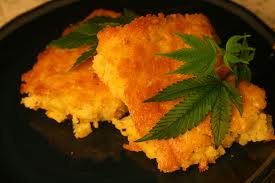 If Ganja Gourmet’s plans to expand its edible-marijuana business to Phoenix come through, medical-pot users can expect it to be more of a cafe than a pharmacy.

Its Denver location is stocked with tamales, pot pot pies and mousse cakes, designed to cater to those who would rather eat than smoke their medicine.

“It’s safer than smoking and more socially acceptable,” said owner Steve Horwitz, who also believes there are health advantages to eating medical marijuana vs. smoking it.

Horwitz hopes to open a branch in the Valley by late 2011, though it’s unclear when the first marijuana dispensary will open.

Challenges abound to the implementation of Arizona’s new medical-marijuana law.

On Friday, the director of the state’s health department temporarily halted plans to begin accepting applications to run dispensaries this week pending a federal court ruling on the new state law.

In other states with medical-marijuana laws, edible marijuana products are a burgeoning industry, ramped up by a foodie revolution.

Patients shouldn’t look for 1960s-era brownies with the consistency of grass clippings and a bitter aftertaste. Modern-day edibles, instead of simply mixing weed into batter, are prepared with pot-infused oils or butter, known as cannabutter.

Horwitz opened Ganja in 2009 as a sit-down restaurant where customers noshed on pot cheesecake and passed joints around the dinner table. Four months after opening, Denver passed a law prohibiting public consumption of marijuana, forcing Ganja to morph into a takeout eatery.

Eating vs. smoking marijuana is a personal preference, but each has its pros and cons that extend beyond the social benefits.

Edible highs offer stronger, longer relief to those who turn to pot to ease the nausea of chemotherapy, agitation of Alzheimer’s and excruciating back pain.

“When you eat marijuana, the effects last longer. . . . If you smoke it, you have a spike in the effect that goes away quickly,” said Chris Conrad, author of the book “Hemp for Health.” The San Francisco Bay-area author has also been appointed as a medical-cannabis expert by state and federal courts in California.

If eaten in the right dose, marijuana-infused foods help patients avoid Grateful Dead-strength stupors that make ordinary tasks difficult. Unlike the fast-hitting high of smoking, edibles take about 40 minutes to take hold and last from six to eight hours.

Conrad said eating marijuana is not always the best option.

“When you smoke it, it goes directly into your bloodstream, versus eating it and going through the digestive tract,” he said. “Everybody reacts differently depending on their eating cycle.”

For example, if a person eats a full meal and then eats marijuana, it may take an hour or more to feel the effect, not a good thing if they’re using medicinal marijuana to sleep.

If baking is a science, infusing foods with pot ranks as a superscience. Measure wrong, and instead of simply ending up with a rubbery pie crust or rock-hard frosting, dispensary bakers could face criminal charges.

State law allows patients with a medical-marijuana certificate to have up to 2.5 ounces a month.

Officials will be on the lookout for patients nibbling on pizza and cupcakes past the legal limit, said Carol Vack of the Arizona Department of Health Services. A statewide registry will track dosages.

“Every ounce will be measured and accounted for, whether it’s in marijuana to smoke or cookies to eat for dessert,” said Allan Sobol, spokesman for Arizona Dispensary University in Phoenix, a one-stop school serving the medical-marijuana industry with classes on growing to cooking.

For chefs like Herb Seidel of California, cookbook author and lecturer on the medical-marijuana conference circuit, the challenge of edible cuisine is creating foods that taste as good as they medicate.

Marijuana, unlike basil and tarragon, can be a tricky herb. More specifically, the medicinal properties of the herb disappear if cooked too hot and too long.

“You need the right temperature, the right flavors and the right dose to take the edge off pain, but not enough to knock you out for 18 hours,” said Seidel, who bills himself as Cannabis Chef and sells a four-pack video marijuana-cooking tutorial on his cookwithherb.com website.

Despite culinary advances, smoking bests eating as the medical-delivery system of choice. Experts credit the “make love not war” generation of pot smokers, saying those who smoked pot in their youth for fun are likely to smoke as adults for medicine.

“Edibles are a niche,” said Judy Spillman, manager of Arizona Passionate Alternatives, a Tempe clinic that plans to specialize in providing medical-marijuana prescriptions.

“But it’s a niche that is only going to grow because eating marijuana is a healthy, efficient, odorless and less stigmatized way to medicate.”