29 pounds of pot seized in Middletown 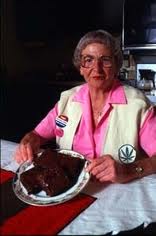 Detectives were advised that four boxes from a commercial shipping service were addressed to Roosevelt Freeman, 14 Traverse Square, Middletown, and possibly contained a large amount of marijuana. Two of the boxes remained at the shipping facilities annex in Louisville, Ky., which contained approximately 27.5 pounds of marijuana. The other two boxes (containing the 29 pounds) were allowed to continue on to their shipping destination, police said.

Theodore Roosevelt Freeman Jr., 43, had been the target of an investigation for marijuana sales, but no arrest was ever made, police said.

Detectives on May 17 conducted a controlled delivery of the two boxes containing the 29 pounds of marijuana to 14 Traverse Square. Johnnie Mae Mitchell, 58, the aunt of Freeman Jr., was observed taking the packages into her home, police said.

Detectives later entered the home and found Mitchell along with Theodore Roosevelt Freeman Sr., 65, the father of Freeman Jr. Both of the packages were also found inside the home, police said.

Both said they were supposed to contact Freeman Jr. as soon as these packages arrived, but never got around to it. Freeman Sr. and Mitchell stated Freeman Jr. usually retrieves the packages from their home the same day they are delivered, according to police. One of the packages weighed approximately 14 pounds and the other weighed approximately 15 pounds. Inside of each box were brick-shaped amounts of compressed marijuana, police said.

Freeman Jr. was contacted via telephone at his place of employment and stated he would come over to 14 Traverse Square in order to explain his involvement, but he never arrived. Detectives went over to the Post Office on Silver St. to speak with Freeman Jr. but were advised that he had just left without explanation and was no longer on the premises.

An arrest warrant is being submitted to Middlesex Superior Court for Theodore Roosevelt Freeman Jr.