This could open up a few weird cans of worms……-UA 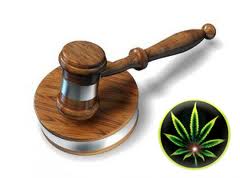 MONCTON, N.B. – A Nova Scotia couple is taking the provincial government to court for being denied funding to help them grow their own medical marijuana.

The man and the woman, who remain anonymous, have licences from Health Canada to grow medical marijuana for their personal use, but say they can’t afford to pay for the start-up costs or the ongoing expenses of growing their own at home.

Brett Loney, from the Nova Scotia Department of Health and Wellness, said the request goes beyond what the government is able to provide.

“Nova Scotia’s pharmacare programs only provide financial assistance for Nova Scotia residents for prescription drugs that are listed as benefits on the Nova Scotia formulary. Medical marijuana is not on the formulary,” he said.

The lawsuit against the department of community services, which also names the cabinet minister responsible and the income assistance board, is due in court in October.

The case has brought some unwanted attention to the program itself.

Recent arrests of licence holders abusing their allotted amount has led to criticism of the program.

Last month a licensee was arrested with 312 plants while only have a permit for 15.

Sgt. Keith MacKinnon of the RCMP’s drug enforcement branch said the problem is both the way the program is delivered  and the number of recipients in Nova Scotia compared to others.

“According to my statistics, there are 481 licences in the province of Nova Scotia to possess medical marijuana compared to 88 in New Brunswick. And if you have a licence you are able to appoint someone else to grow your marijuana even if they have a prior criminal record,” he said.

Health Canada publishes the guidelines and regulations surrounding the use and licensing of medical marijuana on its website.