Time for the feds to ante up. -UA 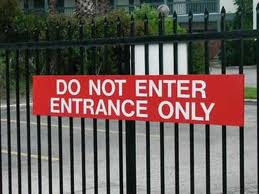 Arizona Gov. Jan Brewer ordered state Attorney General Tom Horne to get a federal court’s ruling on whether the state can implement its medical marijuana law on Tuesday, citing her fear that people could end up being prosecuted by the federal government.

Personally opposed to the initiative, Brewer nevertheless said she “believe[s] in the will of the people.”

However, she continued, “Unfortunately, with this piece of legislation, there are some pretty serious consequences if we don’t get them resolved. And I, as governor, am not willing to put those people at risk.”

The law, passed by initiative in November, allows Arizonans with doctor’s certification to be treated with marijuana. However, this is seen by many to be in direct violation of federal statues that make possession, sale and transportation of the drug a felony.

Expressing her legal concerns, Brewer cited a letter from Dennis Burke, the U.S. Attorney for Arizona, to the state’s health chief. She perceived the letter to be a warning that anyone involved in the medical marijuana process could be liable for prosecution by his office. This includes patients, dispensary operators, landlords and even state health officials.

Applications to sell the drug commercially will be available within the state in the upcoming week, though the lawsuit was set to be filed last Friday. And until the lawsuit’s questions are made clear, the state health department will continue to issue “qualified patient” cards to those seeking treatment with marijuana.

The move to sue has been met with scrutiny from medical marijuana advocates like the Arizona Medical Marijuana Association.

Joe Yuhas, a spokesman for the association, told the Arizona Daily Sun that the lawsuit “a waste of taxpayer money,” pointing out that the federal government has never attempted to shut down operations in the 16 other states that allow for medical marijuana use.

Similarly, Ryan Hurley, an attorney who represents dispensary owners, said the state was taking the wrong approach with the lawsuit in not taking a position on the validity of its law.

He believes Horne and Brewer ought to be defending the rights of Arizonans to pass their own laws and decide what medicines should be available in the state, the Arizona Daily Sun reports.

Brewer, however, reiterated her concern over the legal issues, and added that she fears the state Department of Public Safety may lose federal grants by refusing to arrest those caught with marijuana.