JAMES PROTA: Medical marijuana use should be approved

The rest of New England is doing it…..-UA 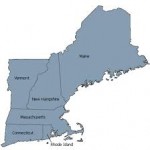 Since 1972 when marijuana was placed as a Schedule I drug in the Federal Controlled Substance Act, there have been many questions about the safety and effectiveness of this drug in combating a variety of medical ailments.

As a pharmacist with years of experience with pain and symptom management, the available research on the medical use of marijuana supports its approval as a drug for palliative care. I am convinced our legislature should approve legislation to legalize the use of medical marijuana in Connecticut.

Oral preparations of cannabis can be found throughout history for a multitude of therapeutic uses. In many countries, oral cannabinoids are used to relieve nausea and vomiting, stimulate appetite, and help treat chronic pain.

One question that consistently emerges from discussions about marijuana as medicine is whether smoked marijuana is more effective than oral preparations of THC – and clinical evidence makes a strong case that smoked marijuana is indeed superior for palliative purposes.

A study at McGill University Health Centre found that a single inhalation of herbal cannabis, three times daily for five days, reduced the intensity of pain, improved sleep and mood, and was well tolerated in patients with neuropathic pain.

Another study found that smoking cannabis three times daily reduced HIV associated sensory neuropathy pain by 34 percent – a reduction in pain twice as effective as the 17 percent reduction with placebo cigarettes. During this study, smoked cannabis was well tolerated and effective in relieving chronic neuropathic pain. Oral THC was compared with smoked cannabis in over 1,000 patients to treat chemotherapy-induced nausea and vomiting. Researchers found that patients who smoked cannabis had a 70-100 percent relief from their nausea and vomiting compared with only a 76-88 percent relief in those who took oral THC.

The reason that inhaled cannabis is more favorable than oral cannabinoids may be due to how the human body reacts to the substances. Inhaled marijuana has a more predictable effect, which is both more rapid and potent.

Smoking cannabis causes a rapid rise in plasma levels of THC. A peak THC concentration is reached within nine minutes of smoking a single cannabis cigarette and quickly decreases due to rapid distribution into the tissues. This rapid onset of action is desirable in patients with breakthrough pain or nausea who need immediate relief.

When cannabinoids enter the body, they begin to work on the body’s receptors. The principal actions at the receptor cause a stabilizing effect of the neuron, depressing neuronal excitability and reducing the release of transmitters.

By stabilizing the neuron in this fashion, there is a reduction of pain transmission to the brain.

Overall, cannabis has been found to have minimal toxicity and a good safety profile. When delivered via inhalation, cannabis does not have similar health hazards to nicotine-rich tobacco smoking, except for a potential increased risk for bronchial irritation or bronchitis.

When considering the relative safety of cannabis, it is important to remember that FDA indicated medications currently used to treat neuropathic pain have a variety of pitfalls. Medications typically used to treat neuropathic pain can include anticonvulsants, antidepressants, opioids, and local anesthetics, which have varied results and adverse side effects that can limit medication adherence. These side effects can include constipation, paresthesias, sexual dysfunction, weight gain, appetite loss and arrhythmias.

Simply put, cannabis is a substance that can deliver significant pain relief. With its quick onset of action and high profile for relief of pain, it is clear that there is a potential place for cannabis in palliative care.

Medical teams at Connecticut Hospice currently employ a variety of medications, including an oral derivative of cannabis, to relieve the pain experienced by the terminally-ill patients and manage their medical conditions such as nausea, vomiting and anorexia.

Working with University of Connecticut pharmacy students who come to Connecticut Hospice to complete their clinical requirements, we would be able to conduct trials of newly approved cannabis forms specifically for pain and suffering related to serious medical conditions.

I fully support adding medical marijuana to the tools we use to support our patients’ well-being at the end of life and I believe “An Act Concerning the Palliative Use of Marijuana” should be approved and signed into law.

James Prota is Director of Pharmacy Services for Connecticut Hospice.