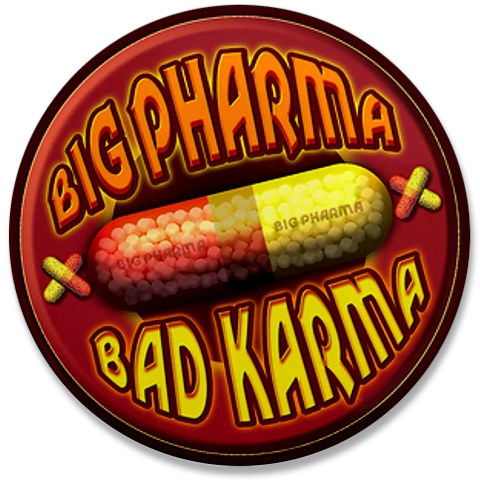 This is our plant! Stay the hell away!-UA

Despite the US government’s staunch opposition to medical cannabis farms in Oakland and elsewhere, the feds have begun licensing a whole lot of large legal pot grows throughout the country. But this weed is not for cannabis dispensaries and their patients; it’s for Big Pharma.

The Drug Enforcement Administrationtold Legalization Nation in an e-mail last week that 55 unnamed companies now hold licenses to grow cannabis in the United States, a fact that contradicts the widespread belief that there is only one legal pot farm in America, operated under the DEA for research purposes. It appears as if the upswing in federally approved pot farming is about feeding the need of pharmaceutical companies who want to produce a generic version of THC pill Marinol and at least one other cannabis-based pill for a wide variety of new uses.

In other words, if big corporations grow dope with the government and put it in a pill, it’s medicine. But if you grow it at home or at a city-permitted pot farm and then put it in a vaporizer, it’s a felony.

“They’ve got to realize, as a political issue, this is going to raise a red flag,” said Kris Hermes, spokesperson for medical marijuana lobby Americans for Safe Access. “Here we have companies cultivating marijuana on a mass scale to produce generic Marinol. It’s going to force the government to answer more questions than it wants to.”

It’s a weird piece of news that comes at a strange and contradictory time for the drug war. As US attorneys send threatening letters to states and cities, including Oakland, warning them against “commercial cultivation” of marijuana, the DEA is quietly handing out licenses for commercial cultivation.

The schism has its roots in the Seventies and the drug war underRichard Nixon. Nixon ignored his staff’s recommendations and named weed the most dangerous drug in America under theControlled Substances Act. Cannabis has remained a so-called “Schedule 1” controlled substance alongside heroin and roofies (GHB) because it has allegedly no medical use and high potential for abuse.

But the only people who still believe that are old church ladies. Hermes said in an interview that decades of scientific studies and FDA approvals have proved the drug’s 3,000-year-old medical efficacy and safety. Today, sixteen states defy the Controlled Substances Act and allow qualified patients to access the drug.

While federal legalization efforts have repeatedly failed, drug law reformers have also targeted the scheduling of cannabis. Filed in 1972, the first rescheduling petition was denied by the DEA 22 years later, over the objections of their own administrative law judge Francis Young, who said in court records: “Marijuana, in its natural form, is one of the safest therapeutically active substances known to man.”

In 2002, activists again tried to reschedule the cannabis plant. Today, they still await word on their petition, which is why they filed a writ of mandamus Monday in a Washington, DC circuit court that would order the DEA to rule on the matter. “The federal government’s strategy has been delay, delay, delay,” said Joe Elford, chief counsel for Americans for Safe Access in an e-mailed statement Monday. “The Obama administration’s refusal to act on this petition is an irresponsible stalling tactic,” added Steph Sherer, executive director of the organization, in the statement.

But while the government has stalled on rescheduling a cheap, patent-less pain remedy with fewer toxic side effects than Advil or Tylenol, regulators are proving to be more than happy to accommodate Big Pharma’s efforts to muscle in on pot.

Cannabis’ main psychoactive ingredient, THC, was isolated in the Seventies, and copied in a lab to produce the prescription synthetic Marinol. In 1999, the DEA then downgraded Marinol to a Schedule III drug like codeine, while the plant itself stayed a Schedule I.

But Marinol is about to get a big boost. Its patent has recently expired, and a review of clinical human trials show sixteen studies under way that, if successful, would broaden generic Marinol’s uses considerably beyond treating nausea in cancer patients.

In addition, researchers are using THC, as well as the number-two cannabinoid, CBD, in studies to treat obsessive compulsive disorder, schizophrenia, fibromyalgia, PTSD, and even irritable bowel syndrome. That’s because pot modulates a newly discovered yet primal-cell signaling pathway called “the endocannabinoid system,” with special effects in the brain and the gut.

Drug companies want to bring generic THC and CBD to new markets, and have requested that the DEA allow them to grow pot and put organic THC and CBD in pills, according to DEA records posted online last fall. But that requires the DEA to move organic THC down from Schedule I, where it is now, to Schedule III, where synthetic THC Marinol currently is.

According to DEA records, drug companies have requested just such a rescheduling. It appears as if they’re likely to get it at any time, green-lighting a new generation of prescription pot pill farms.

The federal government has already boosted its marijuana production capability by 900 percent to 4.5 million grams, according documents obtained by Americans for Safe Access. The most famous federally approved pot grower, Dr. Mahmoud El Sohly, has also testified he has begun legally selling THC extracted from his Mississippi pot farm to the drug companyMallinckrodt.