“I Plead The Fifth”

ALSO, RHODE ISLAND PATIENS! Watch for R.I.C.C.  …………….a group for the patients…..First meeting next Thursday, check our Facebook page for more info! -UA 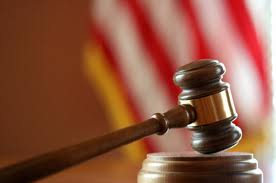 by Catharine Leach – Thursday, May 26 2011 Cannabisculture.com

On May 24 I testified during a Rhode Island Senate Judiciary Committee Hearing on S0270, the Marijuana Decriminalization bill.

I was the second-to-last witness, so most bases (talking points) were already covered, lots of impressive data and statistics were demonstrated in favor of decriminalization, and two out of nine witnesses were against it: a special assistant attorney general and member of the Barrington Substance Abuse Task Force.

So my testimony ended up being a lot more personal, because I was honestly coming from a personal perspective. I’ve been using marijuana responsibly for about 10 years now, and yet I graduated school with high honors, graduated college, got married, raised a family, hold a full time job, and volunteer in my community, have NO record – and right now, our laws say I should go to prison for that choice.

There was much debate and interrogation over drugged driving and how this was going to make our roads less safe. That we are putting innocent people on the roads at risk for sending the wrong ‘message’ that marijuana is not a criminal act. Drugged Driving laws exist; it’s a non-issue for this particular bill, yet it was the constant crutch, if you may, that the opponents and skeptics continually use as a detour to killing the bill. We had the MPP, DARE (Direct Action for Rights and Equality), R.I.C.C., an assistant professor of medicine at Brown University, all in support of marijuana decriminalization.

‘Influencing the youth’ was the other big talking point. If you decriminalize cannabis possession, what does that say to the youth? Drug use will increase, and more harm will be done. Marijuana is a gateway drug so surely making the penalties less severe for marijuana will actually end up causing youth to use even harder drugs just because of the perception that marijuana is ok. They said that marijuana-related rehabilitation rates have been on a steady rise for the past ten years. Decriminalizing marijuana will only increase these rates further.

No one seemed to want to focus on the fact that our laws regarding this relatively safe substance (deaths per year from marijuana: zero. Yearly alcohol related deaths: 105,000) are flawed to the core, and unless you outlaw tobacco and alcohol tomorrow, you’ll NEVER tell me I deserve to be in jail for this. That is why I am speaking out personally. We are still a democracy and we CAN still change bad laws, but boy, we sure do need some more Mamas and Grandmamas coming out to say to people like Senator Shibley “you want to put me in jail?! But you let the bars and clubs have parking lots?!”

Putting otherwise good, law-abiding, productive members of society in jail for choosing cannabis over alcohol, tobacco, over-eating, shopping, whatever the vice may be that you WON’T go to jail for – putting me, and every mother like me in prison is more harmful to our entire society than the act of inhaling.

I looked Senator Shibley, the most vocal opponent of this bill in the eyes, and I said, “Look at me and tell me I should go to jail.” His answer was, “As to whether or not you should go to jail, I’m going to plead the fifth.”

The bill died in committee.