Disappointing turn out. Where were you rhodies?………Way to go Cat! You rock! -UA

PROVIDENCE — Seated before the Senate Judiciary Committee Tuesday, Catharine Leach of Warwick described herself as a wife, a mother and a PTA member.

She also described herself as a marijuana user, one who has used it daily for more than 10 years. 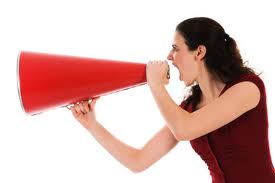 The 29-year-old office manager was one of nine people to testify in favor of a bill that would decriminalize possession of up to an ounce of marijuana, adding Rhode Island to a list of about a dozen states that have softened their penalties for use of a drug that some argue should be treated like alcohol.

“It’s like coming home and having a glass of wine after a hard day,” Leach said, except that she risks going to jail, while “the drunks don’t go to jail for their vice.”

Fairness was a key theme for many who spoke. Some talked of the legal cloud that follows those who are arrested for marijuana use. Others spoke of higher arrest rates for minorities, even though marijuana use in many instances appears to be higher among whites.

“You can’t separate race from the drug war,” said Bruce Reilly, of Direct Action for Rights and Equality, who said it is time for the war on drugs to be scaled back.

“If we can’t scale back over a bag of weed, we’re not going to scale it back anywhere,” he said.

Under current law, possession of any amount of marijuana is a misdemeanor punishable by a minimum fine of $200, a maximum fine of $500, and up to a year in jail, although the Special Senate Commission to Study the Prohibition of Marijuana heard repeatedly that few people go to jail for marijuana possession alone.

According the bill’s sponsor, Sen. Joshua Miller, D-Cranston, Rhode Island could save $11.2 million a year by decriminalizing marijuana and avoiding the costs of arresting, detaining and prosecuting people for carrying small quantities. The estimate comes from a Harvard University economist who served on the commission, chaired by Miller.

Not everyone agreed that decriminalization is the way to go.

Joee Lindbeck, a special assistant attorney general, said the attorney general’s office is “concerned that there will be high incidents of driving” while impaired, should the drug be decriminalized.

Lindbeck and Kathleen Sullivan, of the Barrington Substance Abuse Task Force, also said decriminalization could add to a perception among youths that marijuana is not harmful.

“Young people have gotten the message” that driving under the influence of alcohol is not OK, Sullivan said. But not so with marijuana. “They don’t believe that that’s a risk at all,” she said.

The committee voted to hold Senate bill 0270 for further study. Miller sponsored the same bill last year, only to see it held in committee, but he said he has 19 cosponsors this year while a similar bill in the House has 40 cosponsors.