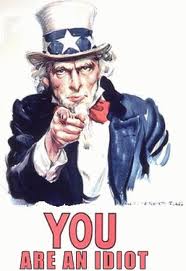 BAINBRIDGE — A Bainbridge-Guildford Central School District teacher and coach has been removed from the classroom after being charged with growing marijuana at a daycare facility in Bainbridge.

On the advice of the school district’s attorney, Brown would not discuss Spinella’s job status, but said: “He is not in the classroom at the moment. We are going to conduct our own investigation and following that investigation take appropriate action.”

State police did not charge Emerson, who cooperated in the investigation, after determining she was not aware of the marijuana on the property, Senior Investigator Lori Hochdanner said Monday.

The marijuana in the backyard was concealed in tall grass beyond the yard, Hochdanner said.

State police began the investigation after being contacted about the marijuana by an inspector from the state Office of Children and Family Services, Bureau of Day Care Enforcement, who made a surprise inspection of the facility on May 16.

School officials called state police last week after hearing rumors about the case, Brown said. They learned about the arrest when they talked with state police at the end of the week.