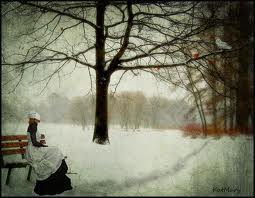 Medical marijuana: Why it’s not a big issue for Alaska

This is awful, the sickest patients are left with no resources. -UA

FAIRBANKS — A growing federal crackdown on medical marijuana has unfolded around the country in recent months, but in Alaska the vibe around the issue remains decidedly mellow.

The Obama administration vowed in 2009 to make medical marijuana oversight a low priority, and raids on pot dispensaries have indeed been down dramatically during the last two years. But federal prosecutors have recently signaled intentions to crack down, issuing memos that indicate they’re tired of perceived abuse of medical marijuana.

It’s caused politicians and law enforcement officials across the country to re-examine their approach to medical pot, which has been legalized in Alaska, 13 other states and Washington, D.C., mostly through voter initiatives.

But the issue creates little buzz in Alaska more than a dozen years after 58 percent of the state’s voters in 1998 made Alaska one of the first states to sanction marijuana for medical use.

Why isn’t Alaska the site of protests and federal crackdowns?

That’s likely because of the way Alaska’s medical marijuana law was written. Unlike other states, where systems have been set up to sell medical pot, there isn’t a mechanism in Alaska for legally acquiring the drug.

Dispensaries, which have been the target of federal raids in other states, don’t exist in Alaska, and the Legislature has shown no interest in creating a system for setting them up.

Anchorage-based U.S. Attorney Karen Loeffler said she’s never dealt with a medical marijuana case in Alaska since taking the job two years ago. Since the distribution of pot isn’t part of the law approved by voters, she doesn’t expect that to change.

“Alaska has never legalized the sale of marijuana, so it’s different than other states,” she said.

The prohibition on pot sales — even for approved uses — keeps Alaska out of the conflict but puts local medical marijuana users in an awkward situation.

State officials won’t explicitly say so, but obtaining marijuana for medical purposes in Alaska almost always needs to start with an illicit transaction. There’s no approved method in Alaska for buying marijuana or its seeds for medical use.

“(The law) doesn’t really address how you’re supposed to get it,” said Phillip Mitchell, who is in charge of the Alaska medical marijuana registry.

The state doesn’t say much at all about its medical marijuana program. The subject barely appears on the state of Alaska website, with little more than a link to an application form on the Bureau of Vital Statistics page.

Marijuana use is limited to a short list of illnesses — cancer, glaucoma, HIV or AIDS — and treatment for a handful of symptoms that include chronic pain, nausea and seizures. But some say it’s too difficult even for those patients to get a doctor’s recommendation for marijuana.

Tracey White, the program director at the Interior AIDS Association, said marijuana helps some people overcome the extreme nausea that can be a side effect of anti-AIDS drugs. A synthetic form of THC, which supplies the psychoactive ingredient in marijuana, is available, but patients say its doses aren’t as easy to regulate as the real thing.

She said clients commonly ask her for referrals to doctors who will prescribe medical marijuana. White said she doesn’t know of any.

It’s a situation the state’s clinics and hospitals have been reluctant to broach. Patients aren’t allowed to possess the drug at Fairbanks Memorial Hospital, and doctors there don’t recommend it. Anna Atchison, Tanana Valley Clinic spokeswoman, said there aren’t any physicians at the clinic who would endorse marijuana for patients.

“We would not recognize that as being part of a traditionally prescribed treatment,” she said.

Mary Ann Foland, the president-elect of the Alaska State Medical Association, said she can’t think of a single doctor in the state who recommends marijuana to patients.

“I don’t know of anybody who does it,” she said.

But apparently at least one physician in the state is a supporter. There are 379 patients on the state registry, and with almost no exceptions, a recommendation from an Alaska doctor is required to get on that list.

The cards are valid for one year, and demand has recently surged. A few years ago, there were fewer than 200 people on the registry.

“Like most programs, it goes through cycles,” Mitchell said. “I can’t pinpoint any reason why there are more now than there used to be.”

But while medical marijuana is approved for hundreds of Alaskans, the state’s quirky approach to pot makes the law seem redundant to some supporters.

In 1975, the Alaska Supreme Court ruled that a privacy clause in the state Constitution allows the possession of small amounts of marijuana in homes.

A voter initiative to recriminalize pot in 1991 was struck down by the courts for the same constitutional reasons, as was a bill by the Legislature outlawing “personal use” protection in 2006.

The court ruling essentially allows up to 4 ounces at home for personal use. A medical marijuana card lets patients have as much as an ounce of usable marijuana in their homes — the lowest amount allowed in any of the states that have sanctioned medicinal pot.

David Finkelstein, a former Anchorage lawmaker who supported the medical marijuana ballot measure, said that fact probably dampens the need many people feel to become registered. He said the process is simply too much of a hassle in a state that already offers limited protection for marijuana users.

“To some degree, you’ve drawn attention to yourself,” Finkelstein said. “People can say, ‘There’s a house with marijuana in it.’ There still is a federal law against it.”

Sen. Johnny Ellis, an Anchorage Democrat who has spent most of his 24-year legislative career on Health and Social Service committees, said Alaska’s independent and libertarian tendencies also work to make medical marijuana “a quiet non-issue” in the state.

“There haven’t been any big controversies at all,” he said.

Finkelstein now splits his time between Alaska and Arizona, where he moved to be closer to treatment after he was diagnosed with cancer.

Finkelstein chuckles at the irony of his current condition. After years of speaking on behalf of medical marijuana, he’s suddenly a candidate to use it. He said his prognosis is good but the drug “just doesn’t do much for me.”

“Everyone is different,” he said. “It isn’t something that helps everyone, but the ones that it does help, it really works for.”