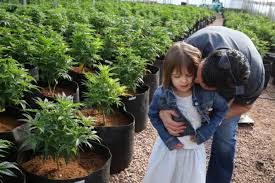 I am Mrs. Bunn. It was proven in court the the detectives lied several times in their report as to where items were located in our home. We were able to prove that detectives moved pills from a safe location, placed them on the counter, took a picture and called it evidence. By the grace of God, those corrupt cops also took a picture of the pills in a different location. It is a rare when corruption is so clear. Closing arguments are Monday in Palm Springs. Any support would be greatly appreciated.

Mary Bunn can be reached @ Bunnfamrules@yahoo.com

These laws need to change……plants and arms will get your children taken away…..where is this country going?-UA 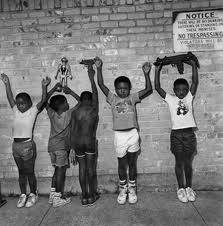 PALM SPRINGS – A Wildomar couple accused of growing marijuana could lose custody of their son if found guilty during a trial expected to wrap up tomorrow at the Palm Springs courthouse.

William Bunn, 36, and his 28-year-old wife, Mary, face felony charges of cultivating marijuana and willfully endangering the health of a child. He additionally is charged with a felony count of possessing a firearm within 10 years of a prior conviction.

The Bunns were arrested in 2008 when investigators found 79 live marijuana plants growing in a detached garage at their rural Wildomar home, according to prosecutors, who say the building was equipped with paraphernalia indicative of marijuana cultivation, including artificial lighting, a climate control system and independent hoses for each plant.

Investigators said they also found 2.05 grams of marijuana in various places within the Bunns’ home and a glass smoking pipe that appeared to be recently used.

A .380 semi-automatic handgun was found on a shelf above the refrigerator, with three live rounds sitting next to the weapon and a .12 gauge shotgun was found in a bedroom, with live ammunition nearby, prosecutors allege.

The Bunns’ son was 22 months old at the time of the August 2008 search and was taken from the couple for several months.

“Both defendants in this case are responsible for the care and safety of the child,” said Riverside County District Attorney’s Office spokesman John Hall. “The residence where the child lived was found to contain marijuana, weapons and an apparently recently used marijuana smoking pipe.”

The husband and wife could each face more than seven years in prison if convicted, meaning they would lose custody of their child while incarcerated.

Just before the investigators served the warrant at the Wildomar home, the Bunns became members of the Human Kindness Center, a marijuana cooperative based in Temecula, according to its president, Chris Yap.

Though the Bunns had not completed all the requisite paperwork by the time the investigators searched their home at 25550 Catt Road, Yap said he rented the barn from the couple and maintains the plants were his.

“We had it growing in a locked barn,” said Yap, who is scheduled to testify tomorrow when the defense begins to present its case. “It wasn’t even them who was responsible, it was me — Chris Yap.”

Defense attorney Tim Liebaert said the set-up was no different than others viewed as legal by the state.

“One of the problems in the law is you can come out and hire a whole warehouse to grow marijuana, but the owners of the warehouse don’t have to be in the cooperative, they don’t have to have a license,” Liebaert said. “why are the Bunns any different?”

Yap contends that prosecutors have wasted county money pursuing the case and overcharged the couple on the child endangerment offense. He said his residence was also searched around the same time, but he was not arrested because officers deemed his cultivation center legal.

“It’s a waste of taxpayer dollars when we’re allowed by law (in the collective) to do what we’re doing,” Yap said. “I’d rather see more police out on the street, more firemen, more teachers.”

“Based on the evidence in this case, which included more than 75 marijuana plants, we filed the charges we believe to be most appropriate under the law,” he said.

The case was initially expected to be tried at the Southwest Justice Center in Murrieta, but was instead sent to Palm Springs.