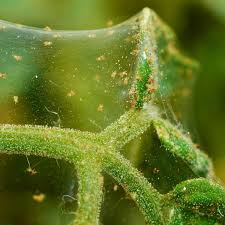 Marijuana taken in SF raids was infested with spider mites

EW! You can actually see the mite webs on the tops of the plants!  Glad these fine lads weren’t medical…..-UA 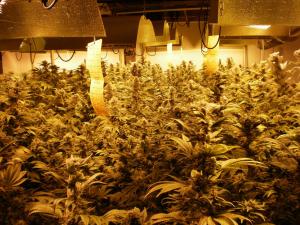 Upon reviewing the cases Wednesday morning, seven of the eight were held to answer on felony counts on possession of marijuana for sale, cultivation and for maintaining a building for a grow operation, San Mateo County District Attorney Steve Wagstaffe said.

The seven suspects, allegedly tied to “a “close-knit” Asian drug trafficking organization, were scheduled to enter their pleas on May 26, Wagstaffe said.

The bust was the result of an undercover operation spanning nine months that infiltrated the illegal operation.

Three grow sites in Daly City were raided and another in South San Francisco , Alcantera said.

Raids were also carried out in four San Francisco neighborhoods, including Sunset and Forest Knolls.

The operation was dubbed, “Mighty Mites,” after authorities discovered an unruly amount of spiders and webs all over the plants in the grow rooms. Alcantera said there’s no doubt consumers were getting some “protein” in their weed purchases.

“While [spider mites] didn’t show toxicity or evidence they are bad for you, I certainly wouldn’t want them in my Cornflakes,” he said.

The suspects did not appear to be selling to medical marijuana collectives in the Bay Area. Investigators were tight-lipped about where the marijuana was being distributed, citing an active investigation.

Read more at the