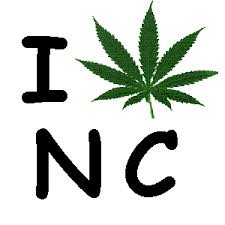 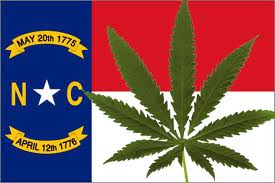 State Sen. Toni Boucher (R-26) “valiantly” tried to stop a medical marijuana bill from getting out of the Finance Revenue and Bonding Committee, her office said Wednesday afternoon. The vote to pass SB 1015, “An Act Concerning The Palliative Use of Marijuana,” now pushes the bill to the floor of the state Senate.

SB 1015 allows people with cancer, glaucoma, HIV, AIDS, Parkinson’s disease, MS damage to the nervous tissue of the spinal cord, epilepsy, cachexia (emaciation often caused by cancer or cardiac diseases), or wasting syndrome to possess up to four marijuana plants, each having a maximum height of four feet (with the potential to produce five pounds each for a 20 lbs total, an estimated 19,200 joints) and one ounce of usable marijuana (60-120 joints) substantially more than it appears someone who is ill would need.

Boucher offered a number of amendments including one that would expand a current state law that taxes marijuana seized by local authorities during drug busts, her office said. The amendment included medical marijuana grown by those granted the right to do so by the state. The amendment was voted down 19 in favor, 21 against.

“You can tax over the counter pain medication, cigarettes, alcohol and gas in our new state budget signed by Gov. Dannel Malloy yet we fail to pass a tax on medical marijuana? That doesn’t make sense,” Boucher said. “We are in a financial crisis and are raising taxes at an historic level on everything from income, sales, real estate, inheritance, yoga to dog grooming, yet when we are being forced to approve a cash crop, legislators don’t have the will to tax it.”

The tax proposed by Boucher would have levied a $5 tax on each ounce of marijuana and $2 on every plant. Boucher wanted revenue from the tax go toward anti-drug education programs. The bill does not require health insurers to cover the palliative use of marijuana.

The Cancer, MS and Glaucoma societies and the FDA all oppose this measure because it does more harm than good to the conditions it purports to help, according to Boucher.

The tax proposed by Boucher would have levied a $5 tax on each ounce of marijuana and $2 on every plant. Boucher asked revenue from the tax go toward anti-drug education programs. The bill does not require health insurers to cover the palliative use of marijuana.

“We are not showing compassion for the terminally ill. We are opening up a myriad of problems by passing this bill out of committee,” Boucher said.

The bill requires patients and their primary caregivers to register with the Department of Consumer Protection (DCP) and authorizes a $ 25 registration fee and other fees. Registry information is available for law enforcement purposes but is otherwise confidential and not subject to disclosure under the Freedom of Information Act.

The bill says physicians, patients, and caregivers should not be arrested, prosecuted, or punished for certifying, using, or possessing medical marijuana and requires law enforcement agencies to return the pot and other property seized during any investigation

Boucher cautioned committee members that the Federal Department of Justice (DOJ) recently announced in a letter to the governor of Washington that it will be prosecuting after those who possess, manufacture and traffic controlled substances.

The DOJ wrote it will consider “civil and criminal legal remedies regarding those who set up marijuana growing facilities and dispensaries as they will be doing so in violation of federal law. In addition, state employees who conduct activities mandated by the Washington legislative proposals would not be immune from liability under the Controlled Substances Act,” according to Boucher’s office.

Boucher cited a number of states, including Montana, which are currently trying to repeal medical marijuana statutes after policies were “proven to be costly and failed miserably.” Montana officials say drug cartels have moved into their state and crime has skyrocketed, according to Boucher. When Montana officials contemplated medical marijuana they believed 500 people would apply. They now reportedly have more than 23, 000 people registered, adding an enormous burden to their state, she said.

Boucher said that “after nearly a decade in decline, marijuana is making a strong comeback among high school students, with growing use and softening attitudes about the risk of smoking pot starting in eighth grade.”

“I hope at some point we can recognize the cost to broken families and our society when we approve policies like this,” Boucher said. “This type of irresponsible legislation will add more tragic stories of drug addiction and foster home placements.”