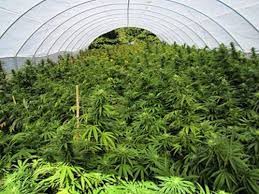 At least the Maine police put the patient first……-UA 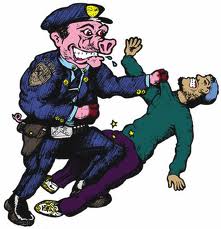 The problem, however, is that it’s unclear what charges should be filed, and against whom, because a woman living in the residence is a medical marijuana patient, Baril said.

Drug agents suspected the man renting the home was growing and distributing marijuana, as well as selling another drug, according to Baril.

Drug agents suspected the man renting the home was growing and distributing marijuana, as well as selling another drug, according to Baril.

Christopher Sirois, the 37-year-old man who rents the Shadagee Road house and the target of the search warrant, was arrested Tuesday on a drug trafficking charge for the other drug, an hallucinogenic stimulant,Baril said.

On Wednesday, law enforcement officials were still trying to figure out what to do about the marijuana plants, Baril said in an interview.

The 44-year-old woman living at the residence has multiple sclerosis, and she has doctor’s authorization for medical marijuana, according to Baril, declining to release her name because she has not been charged.

Drug agents didn’t arrest the woman and seized all but six of the marijuana plants, Baril said.

The woman was allowed to keep six of the 19 flowering plants, according to Baril, because that is the number patients can legally possess. She could, however, face charges under Maine’s medicinal marijuana law for having more plants than allowed by law, he said.

Both Sirois and the woman had access to the plants and it’s difficult to determine what charges may apply to the situation, Baril said.

“It’s been very challenging for law enforcement, but we’re trying to be fair,” he said, referring to enforcing Maine’s medical marijuana laws.

“You don’t want to be taken advantage of by someone who is not authorized (for medical marijuana) who is looking to distribute,” Baril said.

Outside his home Wednesday, Sirois said there is no evidence to support the drug trafficking charge, which he plans to fight in court.

He also spoke out against the seizure of the marijuana plants and Maine’s marijuana laws.

“It is a violation of our rights,” he said, referring to laws that make marijuana illegal other than for people who register with the state.

“It’s a plant from the get-go, man didn’t brew it in any way, shape or form throughout history,” Sirois said, standing barefoot in his gravel driveway in jeans and a long-sleeved shirt.

“Maine first, we should be legal, there is no reason for it to be illegal,” he said.

Sirois called himself an advocate for legalizing marijuana. He said it should be legal for recreational use for anyone older than 21.

“I’m going to get a lot more active now,” he said, referring to pushing for legalization. He declined to identify the woman at the residence.

The Maine Attorney General’s Office is helping guide the investigation into the marijuana seized Tuesday, according to Baril.

The Industry woman was allowed to pick six of the marijuana plants that she wanted to keep, Fisher said.

“(She) had some kind of doctor’s authorization for a number of years to grow marijuana medicinally and hadn’t completed the process of getting a (Maine Department of Health Human Services) card,” Fisher said, referring to the identification card issued to by Maine to allow patients to possess and grow certain amounts of medical marijuana.

Fisher referred other questions on the case to his supervisor William Savage, drug prosecution coordinator for the Attorney General’s Office.

Savage said there are cases where law enforcement officers “exercise discretion” when handling Maine’s medical marijuana laws. He declined to talk about specifics of the case in Industry.

He said, in general, a medical marijuana patient who is not registered with the Maine Department of Health Human Services may be given the “benefit of the doubt.”

Drug enforcement officers will make the decision to explain the law and give the patient a chance to get registered, Savage said. There have been cases where medical marijuana patients applied for cards and are waiting to complete the process, he said.

“This is something that we’re all learning as we go in some respects,” Savage said, referring to the medical marijuana laws passed in 1999 and amended in 2009.

He compared handling some medical marijuana law scenarios to giving a speeder a warning instead of a ticket.

Savage said it’s up to law enforcement officers to investigate cases where it’s unclear who is growing marijuana plants, or what they’re doing with them.

“It can make it difficult,” he said, referring to cases where a patient is living with non-patients.

It’s similar to someone with a prescription for oxycodone, a painkiller prescription drug, Savage said of the medical marijuana law.

A prescribed oxycodone patient keeps the pills in the bathroom, and as long as other people without a prescription don’t use the pills, it’s not a problem, Savage said.

It’s illegal when patients share their pills with other people in the house, or the other people without prescriptions are taking the drugs, he said.

During the search Tuesday, Baril said drug enforcement agents found less than one gram of residue that tested positive for the other drug, known as Molly, which is a hallucinogenic stimulant that is similar to Ecstasy, Baril said.

Sirois was charged with unlawful trafficking of scheduled drugs. He was released Tuesday from Franklin County Detention Center in Farmington on $3,000 unsecured bond and has a Sept. 23 court date scheduled.

The felony drug trafficking charge has a maximum 10-year prison sentence, according to Baril.