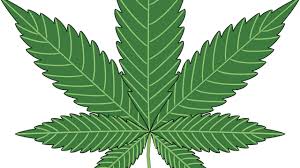 Less talk, more action. I hope he can do something from RETIREMENT. -UA 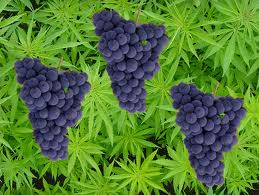 SOUTH LAKE TAHOE, Calif., May 17, 2011 /PRNewswire/ — He was once a determined drug warrior, but now former Assistant US Attorney and Superior Court Judge James P. Gray believes the time has come to take marijuana out of the black market and regulate it instead. After years of witnessing the harm caused by outlawing marijuana, Judge Gray will file a voter initiative this Wednesday with the California Attorney General’s office that will regulate marijuana like wine.

A press conference has been scheduled for 11AM in front of the AG’s office at 1300 I Street. Also present at the press conference will be the initiative’s principle author and chief counsel, William McPike, as well as the chief officer for the campaign, Steve Kubby.

“Our policy of marijuana prohibition has failed from every standpoint imaginable: unnecessary prison growth, increased taxes, increased crime and corruption here and abroad, loss of civil liberties, decreased health, and diversion of resources that are needed to address other problems in society,” Gray said.

Gray added that he is especially concerned about the disastrous effects of outlawing marijuana on families and kids, effects he has witnessed for himself as a judge and federal prosecutor. “Far from protecting our children, our present policy is actually recruiting them to a lifestyle of drug usage and drug selling,” charged Gray.

The former Orange County judge will file a new voter initiative that will regulate and tax marijuana like wine, keep it from those under 21 years of age and provide for billions of new dollars in state sales tax from the regulated sales of marijuana. Recently, the Franchise Tax Board reported that state taxes just from medical marijuana dispensaries now amounts to over $100 millionper year.

When challenged over the wisdom of allowing for sales to adults 21 and older, Gray has no doubts that it is time to regulate marijuana and take it out of the black market. “Many things in our society are dangerous, but making them illegal is not the answer. Does anyone really believe that making tobacco illegal would reduce the harm it causes? What about glue, gasoline, chain saws and high cholesterol foods? Further, if you think about it, we have at least some controls with regard to the sales and use of alcohol and tobacco, because they are regulated by the government. We have no controls at all with marijuana, because it is currently controlled by the mob,” Gray emphasized.

A copy of Judge Gray’s voter initiative and one minute video can be viewed at the Regulate Marijuana Like Wine website:https://regulatemarijuanalikewine.com/.