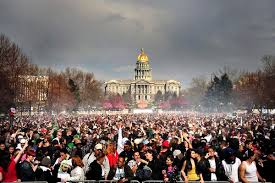 Last October, the city of Pueblo decided to embrace the MMJ dispensaries by voting to enact a new 4.3% sales tax that could generate hundreds of thousands of dollars in city revenue yearly, asNewsFirst5 reported in 2010.

Colorado is becoming the center of the new drug war – the full legalization of marijuana. California was the first battleground, but pot advocates didn’t advance their agenda on the West coast as effectively as they hoped. And now pot advocates are looking for a new state to decriminalize this drug once and for all with sights set on a Colorado ballot measure in 2012, asThe Denver Post/AP reports.

Since the passing of Amendment 20 in 2000, Colorado has seen a meteoric rise in medical marijuana dispenseries over the course of the last decade and they are not just in Denver or Boulder, but also in small, sometimes rural towns all over the state. With many communities like Fort Collins suburb Windsor attempting to fight back the onslaught of applications to open up these shops, most of the fighting has been mostly ineffective.

And although the first legalization measure in the state, Amendment 44, was defeated by Colorado voters in 2006, activists are not giving up.

And pot activists have reason to celebrate with some big legislative victories in just 2011 alone.

In March, state lawmakers did not ban edible marijuana products, but instead decided in favor of child-proof packaging on such products, as CBSDenver reported.

Over the weekend, a case against Dr. Toribio Robert Mestas, one of the first doctors in Colorado to be charged with writing loose MMJ recommendations and conspiracy to distribute marijuana after writing a recommendation to an undercover cop, was thrown out of court. Arapahoe County District Judge Kurt Horton ruled that Dr. Mestas had complied with Colorado’s state constitution after all. As9News reports, Dr. Mestas victory immediately threw another pot case against a different doctor into a tailspin and sets a new precedent for other practicing pot doctors.

And earlier this month, as 9News reported, possession of synthetic pot known as “K2” or “Spice” is on its way to having more severe legal consequences which eliminates some alternative competition to consumption of real marijuana. As well as the Colorado senators rejecting the “driving while high” bill last week, which would have imposed stricter consequences if a driver was pulled over with pot in their bloodstream, as The Daily Camera reports.

With all of this activity, it certainly suggests the state is facing a significant and passionate lobby in the pot advocates. 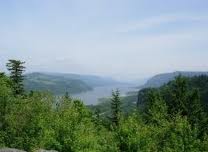 Groups in favor of full legalization of pot are looking to start gathering signatures for a ballot measure starting this summer, as The Denver Post reports. Colorado is a smart choice for marijuana legalization advocates because of a large citizenry with progressive views on the use of the drug as well as the low amount of signatures needed to produce a ballot initiative – approximately 86,000 signatures are all that are needed.

Professor Sam Kamin of the University of Denver’s Sturm College of Law told The Denver Post that he believes Colorado will be the next battleground: