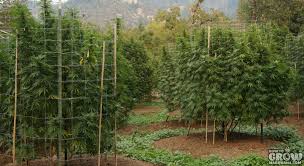 There are a lot smarter ways to do things…….-UA
May 12, 2011|By Vernon Clark articles.philly.com 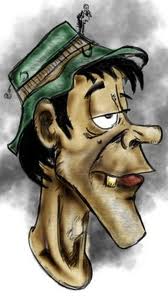 A West Philadelphia man was sentenced Wednesday to 16 years in federal prison for organizing and financing a network of high-tech marijuana-growing facilities from Florida to Connecticut.

Anthony Bui, 57, received the sentence from U.S. District Judge J. Curtis Joyner for leading a ring that established the growing facilities. Each facility cost about $100,000 to equip with sophisticated lighting, irrigation, and ventilation systems.

The facilities were designed to produce millions of dollars’ worth of marijuana annually, court officials said.

In 2001, U.S. customs agents caught him trying to smuggle into Canada more than $30,000 hidden inside his socks to pay drug suppliers there.

He later turned to cultivating the drug, officials said. Authorities were alerted in June 2005 when one of Bui’s cultivating facilities, in a former chicken warehouse, caught fire in Staley, N.C.

Firefighters discovered the operation and contacted local authorities. Bui was arrested by sheriff’s deputies, who also seized 600 pounds of marijuana and pot-growing equipment worth tens of thousands of dollars.

An investigation by federal drug agents led to three more cultivating operations in Jacksonville, Fla.; New Britain, Conn.; and Birdsboro, Pa., just southeast of Reading. More than a dozen members of Bui’s organization were prosecuted in the case.

Investigators said Bui used proceeds from distributing marijuana to pay for his marijuana-growing operations. He also used tens of thousands of dollars from his fishing company, Asian Fish Inc., to purchase property and equipment for the cultivating operations.

In addition to the prison term, Bui was ordered to pay a $20,000 fine and serve five years of supervised release.