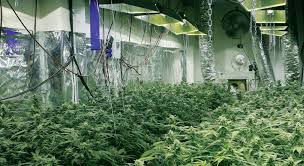 Co-ops are a problem when scum abuse the program (djstone).  Two caregivers sharing a space keeps numbers below federal limits. Get over it Kilmartin. -UA 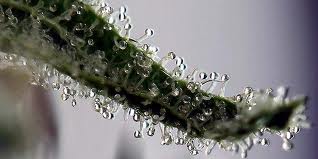 PROVIDENCE — A recent Cranston case that tested the state’s medical-marijuana law raises a question about whether people with the right to grow or possess marijuana to treat illnesses risk being jailed for owning a gun, even if they own it lawfully.

The issue grew from Dean Derobbio’s arrest in January 2010 for allegedly conspiring with his roommate to possess marijuana with the intent to sell it. He was also charged with carrying a dangerous weapon while committing a crime of violence. The crime of violence was growing marijuana, according to prosecutors and the police, and the charge carries a mandatory three years in prison for a defendant convicted of a first offense.

The police charged Derobbio’s roommate, Joseph Joubert, with conspiracy and possessing marijuana with the intent to deliver.

Derobbio held a patient card issued by the state Department of Health to use marijuana to treat severe pain caused by ruptured disks in his back, and he legally owned a 9mm pistol he kept in his nightstand, according to his lawyer, Michael F. Campopiano. Joubert had a primary-caregiver card, allowing him under the state’s medical-marijuana act passed by lawmakers in 2006 to grow marijuana for Derobbio.

The law spells out how much marijuana a person can grow and possess, but says nothing about guns. It, too, does not specify whether a patient can have two caregivers growing marijuana for him, as Derobbio did.

Superior Court Judge Robert D. Krause seized upon those omissions in tossing out the charges earlier in May.

“In my opinion,” Krause said, “this is a poorly drafted statute, and I don’t think … a defendant ought to be criminally liable for inartful draftsmanship.”

He rejected the state’s argument that Derobbio could be pursued on the gun charge even if the court found he had the right to possess the marijuana and the pistol.

“If I were to find that there was nothing unlawful about what these defendants had done by way of the medical-marijuana statute, and that they were within the framework of the statute, and did not exceed the amount of plants that are authorized, would you still pursue the prosecution [of the gun charge]?” Krause asked Special Assistant Attorney General Michael McCarthy at the May 4 hearing.

“With all due respect, your honor, I would,” McCarthy said. He explained that he would prosecute it under a law that says you cannot legally grow marijuana while being in possession of a firearm.

“And, your honor, if you are cultivating marijuana, and if you are in possession of a firearm, even though [the medical-marijuana act] has stated you can grow marijuana, it is silent as to whether or not you can possess a firearm,” McCarthy said, according to a transcript of the hearing.

Krause continued, “If you meet the requirements, if you have possession of plants that are within the legal limit under this marijuana act, and if you have a firearm at home, and you’re not a convicted felon, both of these are legal, yes?”

“As is being intoxicated in possession of a firearm,” McCarthy said.

In the end, Krause found that the 33 mature plants being grown at the 101 Marlow St. house by Joubert and his mother, Marie Joubert, fell within the legal limits of the medical-marijuana law since caregivers can have 24 plants apiece.

The Jouberts were both caregivers to Derobbio, though the police said Marie had never been in the house, and she could not identify which plants were hers.

“The statute doesn’t make it unlawful for two caregivers to have the same patient, does it?” Krause said, adding “What a wonderfully drafted statute we have. I don’t know who drafted this thing.”

Attorney General Peter F. Kilmartin’s office plans to appeal Krause’s ruling with regard to the number of plants allowed at the house under the law, according to Stacey P. Veroni, criminal division chief. “Nobody can have collectively, or otherwise, more than 24 plants,” Veroni said.

To Campopiano, one can infer the state’s position from McCarthy’s comments. “It’s what they said, and I find it shocking,” he said.

“It appears that the state is trying to circumvent the legislation’s intent,” he said. As written, the law protects qualified patients and caregivers from arrest and criminal prosecution as long as they are abiding by the medical-marijuana law. Today, there are just over 3,400 licensed patients in Rhode Island, and 2,200 licensed caregivers.

“Judge Krause is absolutely interpreting it right,” he said.