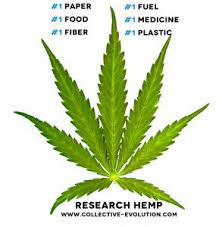 Fibers related to marijuana still illegal to grow in the U.S.

It’s a plant that could save our economy. -UA

It looks like marijuana, but it’s not. It’s hemp. 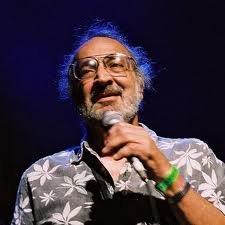 To the unfamiliar eye, hemp can be easily confused with marijuana just as hemp fabric is mistaken for cotton in clothing. Underneath the confusion, hemp is a versatile material that can be used to make products such as gasoline, fabric, soap or protein powder and has a lessened environmental impact.

“As we transition from a hydrocarbon based economy to a carbohydrate based economy, hemp will be a part of the solution,” said Tom Murphy, the national outreach coordinator for Vote Hemp, an advocacy group aimed to legalize hemp farming and processing.

In distinguishing hemp from marijuana, a close inspection is required. Advocates for hemp argue that it contains no THC, or insignificant levels in comparison to marijuana, Murphy said. The fibers in hemp are sturdier than marijuana and the reason it has better use in clothing.

“Hemp fiber is stronger and longer lasting in comparison to petroleum sources,” Murphy said, such as oils and plastics.

Though it has slowly begun to shed its controversial image through research and acceptance in mainstream culture, the federal government still makes it illegal to farm and harvest hemp.

The Controlled Substance Act, passed in 1970, uses the same definition from the 1937 marijuana tax act, which recognizes hemp as the same as marijuana. This lack of distinction between hemp and marijuana make hemp illegal and open to prosecution.

In food, Hemp is rich in Omega-3 and Omega-6 fatty acids, essential nutrients that the human body does not produce, is a source of digestible protein and currently has no known allergic reactions to it, Murphy said.

Since hemp remains illegal to grow, farm, and harvest, the hemp used to produce goods come from sources outside of the country like China and Canada, Murphy said.

Hemp is optimal for farming as well because once it has established itself the hemp plant becomes drought resistant, Murphy said.

While it needs as much water as cotton when first establishing itself in the soil, it requires less water than cotton. In addition, cotton requires many pesticides, while Canada doesn’t have any pesticides registered for use on hemp fiber or oil seed variety, Murphy said.

State legislation has passed that supports the farming or processing of hemp, Murphy said, yet he wouldn’t recommend anyone to start a farm because the Self Controlled Substances Act would still give the DEA authority to take the farmers land through forfeiture.

Though state legislation in support of hemp has put pressure on the federal government, complete hemp legalization cannot be reached until Congress approves it. Legislation in support of hemp has been presented to Congress three times since 2005, yet has never passed. Advocates want hemp regulation determined by each individual state and not the federal government and to make the distinction between marijuana and hemp in existing law, Murphy said.

“(Hemp) no longer would be the demon plant that it would be because it wouldn’t send the wrong message to our children,” Murphy said.