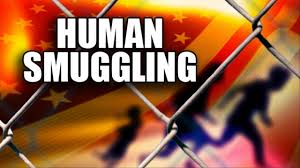 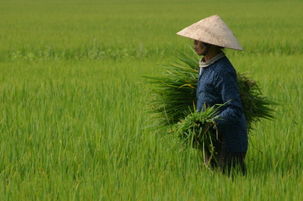 BUDAPEST, Hungary (AP) — Some paid tens of thousands for a dream ticket to Europe, but ended up working in slave-like conditions on marijuana plantations. Their traffickers acting with such impunity that they even set up travel agencies to get them into airports off the beaten track.

The grim picture of human smuggling emerged in Budapest on Tuesday when Hungarian and British police announced they had cracked down on a network of smugglers whose illicit — but lucrative — activities were detected across Europe.

Police have arrested 98 people connected to the ring in the past two years, including several counterfeiters who prepared fake documents for the Vietnamese victims, said Lt. Col. Zoltan Boross of Hungary’s National Investigation Office.

“Their main target was Britain, but the Vietnamese were also being smuggled into France and Germany,” Boross said Tuesday, adding that once migrants enter the EU, passport-free travel within most of the 27-nation bloc made it difficult to detect them.

Several EU other countries cooperated with the police investigation, including Ireland, the Netherlands, Belgium, Italy, Poland, the Czech Republic and Slovakia.

Andre Baker, deputy director of Britain’s Serious Organized Crime Agency, said the illegal immigrants paid as much as euro20,000 ($28,500) to be smuggled into Europe, and those who couldn’t pay the full amount were often forced into slave labor.

There are an estimated 35,000 illegal Vietnamese immigrants in Britain, while 40,000 live there legally, Baker added.

The arrests — as well as the discovery of 114 smuggling victims, some of whom have been sent back to Vietnam — came after British authorities began a European Union law enforcement project called Vietnamese Organized Immigration Crime in 2009.

Some of those smuggled into Britain were employed by organized crime for their expertise in looking after marijuana plantations, often set up in city apartments complete with abundant artificial lighting and makeshift ventilation systems.

British police discovered 6,900 marijuana plantations last year — up from over 2,000 in 2008 and over 4,000 in 2009— but the number of Vietnamese working at them is now shrinking, Baker said.
“Vietnamese ‘gardeners’ can turn a cannabis plantation around in two months and one ‘gardener’ can run six premises,” Baker said, adding that British, Jamaican and Polish criminals were playing an increasing role in the U.K. marijuana business.
Baker said the financial rewards for the illegal Vietnamese immigrants were substantial, as their annual earnings in Britain could feed a family of 10 for 10 years in Vietnam.

“Still, we want to send them the message that the streets of London are not paved in gold,” Baker said, pointing to the risks of illegal migration, including beatings, forced labor and killings.

Hungarian police official Boross said criminals resorted to a wide range of methods to facilitate their efforts, including the use of smaller provincial airports to avoid detection and relying on forged documents, or paying people to “borrow” real IDs and obtain legal visas for the migrants for one European country, and then quickly shifting them to another.

“The smugglers preferred to smuggle just one or two people at a time and often the people accompanying the migrants were themselves from Vietnam,” Boross said.

Hungarian police released video footage on Tuesday of raids made in connection with the smugglers’ activities. It showed a suspect being handcuffed and the search of an apartment with a sniffer dog, as well as a large indoor area covered with potted cannabis plants under bright lights.

Human trafficking presents a major challenge for governments across Europe, especially since most EU countries joined the Schengen agreement, creating a borderless travel zone across much of the continent.

Migrants are frequently trafficked from Asia, where rural workers are drawn to work in the European agriculture industry by the offer of vastly improved wages.

In Poland, 295 Polish and foreign victims of human trafficking received assistance in 2010 from the La Strada foundation — an Amsterdam-based network of NGOs working against human trafficking — including a group of around 50 men and women from Thailand.

They were taken to Poland to work on mushroom and animal farms across the country but were not paid and were lodged in unheated facilities during winter, when temperatures normally drop below freezing.

After spending some time in a pre-deportation center, they were sent back to Thailand, said foundation worker Joanna Garnier.

In Bulgaria, the Interior Ministry registered 580 victims of human trafficking last year, most of them women.

Despite the success of this continental campaign against the network of human smugglers, officials said that there was still plenty of work to do.

“We’ve been successful with 98, but other people are part of the game. The organized criminals continue on, so we must keep going, dismantling and disrupting the criminal market,” Baker said.