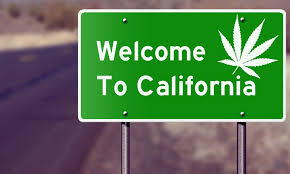 Doubt big bro would let this happen, but its fun to dream. -UA

Libertarian Steve Collett is running against 15 other candidates for the area’s congressional seat to rein in wars overseas, and wars on drugs and immigration, saying those moves would produce more revenue and cut unneeded spending in the areas of the military, police and prisons.

“I really do think I can win in this election, both in the primary and in a runoff,” he said.

If he does not win, he hopes his candidacy will help encourage policy changes.

“My number one objective is to change policies. That having been said, there is no way to make a bigger splash than by getting elected,” said Collett, a CPA who is making his first bid for public office.

He pushes for decriminalization of marijuana, saying prohibition of the substance has empowered drug cartels, diverted revenues to the “impossible job” of wiping out drugs through law enforcement, and helped to fill up U.S. prisons with people who are not threats to the general public.

Collett said the cost of the war on drugs has been estimated at $2 trillion, more than the wars in Vietnam, Iraq and Afghanistan put together.

“Three countries have experimented the most with decriminalization — Holland, Portugal and Switzerland – and all of them had a significant reduction of crime, and reductions in drug addiction and abuse,” he said.

“There is a brief blip [upwards in drug use], then it goes down afterwards because the glamour is taken away from drugs. Portugal has succeeded in making drugs boring. It’s counterintuitive in some ways, because we don’t want our kids to use drugs, so we lay down the law. But that turns out to be counterproductive,” Collett said.

He said it should remain illegal to drive under the influence or supply minors with pot.

On possible decriminalization of other drugs, Collett said, “The same principles hold true. We need to start on marijuana, then we can look at other drugs.”

On the revenue front, he said there are estimates that California could collect $1.2 billion in sales tax from legalized pot, which officials acknowledge is one of the state’s main cash crops.

He also said police could be freed up to “go after real crimes.”

“The prisons become criminal training schools, and [the marijuana offender] is going to need it, because when he gets out he can’t get a job. We are creating criminals,” Collett said.

He also said the “horrifying” violence in Mexico, tied to the drug trade, would be lessened with an end to the U.S. war on drugs.

“It’s an idea whose time has come,” he said.

Collett also sees immigration into the U.S. as a positive thing.

“I’m a CPA. I believe that immigrants bring prosperity,” he said, adding that we should “facilitate citizenship” and maintain a work visa program for immigrants.

Collett said cities and states with growing immigrant populations are among the most prosperous.

Turning to international affairs, Collett has said he favors foreign policy based on trade and diplomacy rather than war. He said the nation spent $700 billion on defense last year, “more than the next 10 largest defense budgets put together.”

“I would rather cut $200 billion off defense than cut one teacher’s salary by 50 cents,” he said in March when he announced his candidacy at Bruce’s Beach in neighboring Manhattan.

Collett also believes the government should not interfere with same-sex marriage.