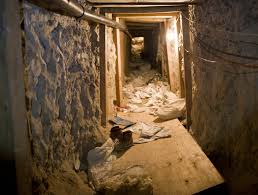 Lost in last week’s coverage and commentary of the unfolding Osama bin Laden story was the discovery of yet another drug tunnel on the U.S.-Mexico border, this time in Arizona. Border Patrol agents working in conjunction with the Government of Mexico confirmed the existence of an illicit tunnel on May 5th, three days after U.S. agents discovered evidence indicating a cross-border drug tunnel.

Chiseled right through solid rock in some places, the sophisticated drug tunnel traversed 250 feet across the border, fifteen feet below the surface. It was three feet wide and five feet in height. Chief Patrol Agent Randy Hill said:

“This tunnel is more sophisticated than other recently discovered tunnels. They chiseled through solid rock and then installed electricity, lighting, water pumps, and ventilation. It is a prime example of the risks traffickers will take and the lengths they will go to smuggle contraband into our country.”

But just what motivates drug traffickers to take such excessive risks and go to such great trouble in order to smuggle drugs into this country? This certainly isn’t the first drug tunnel to be discovered on the border. Last November we reported on the second of two drug tunnels found on California’s border with Mexico in a single month, noting that they were only the latest of “75 other less sophisticated cross-border tunnels that authorities [had] discovered over the last four years.” 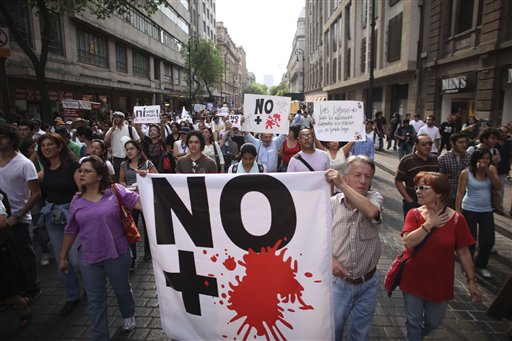 Why would gangs and drug lords go to so much effort? Ironically, the press release issued by U.S. Customs and Border Protection may have unwittingly summed up the nature and fundamental causes of the problem on America’s southern border:

“Illicit tunneling attempts indicate that the combined efforts of U.S. Customs and Border Protection and the GoM [Government of Mexico] to reduce illegal activity above ground are driving smugglers underground.”

Drug prohibition and the efforts of government agencies to enforce it drive the market for drugs underground not only literally, but figuratively. U.S. Customs and Border Protection may have been admitting more than it realized. By removing drugs from the market through prohibition and interdiction, the government unwittingly makes them more valuable by making them more scarce. As I wrote last November:

“The law of supply and demand is simple, intuitive, and an uncontroversial axiom of economic inquiry. The more scarce a thing is, the more valuable it is, and the more suppliers can charge for it.”

The government-added value makes the illegal drug trade remarkably profitable, and prohibition additionally acts to bar legitimate businesses from competing in the market, leaving it wide open for people and organizations with no scruples about disobeying the law. It is precisely the high profitability of the drug trade– a result of government prohibition– which drives criminals to devise such elaborate measures to continue transacting business. It also drives them to do far worse.

This Sunday 20,000 protesters marched in the streets of Mexico City to protest the drug-related violence that has claimed 37,000 lives in Mexico since 2006. The drug war has also done its damage this side of the border. As far back as 1995, before the intensity of the most recent drug violence, conservative magazineNational Review declared that “The War on Drugs is Lost.” Writing for The American Conservative, Jack Hunter recently noted the words of National Review founder and conservative icon, William F. Buckley, who wrote of the U.S. War on Drugs:

Over a decade later, there is still no cure at hand, nor in prospect, short of following Portugal’s example and decriminalizing the use of drugs, and treating drug abuse as a health issue, not a criminal one. The tunnels, the gun violence in Mexico, the expanding prison population, the billions spent… these are all predictable results of drug prohibition, similar to the ones America experienced as a result of alcohol prohibition. The solution now, as then, is to end prohibition.