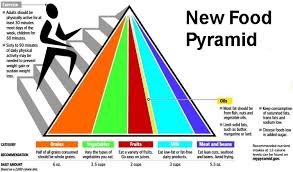 This is ABSURD! WHO WILL BE WATCHING THESE CAMERAS?! Now I see why they force fed us a FOOD PYRAMID . -UA 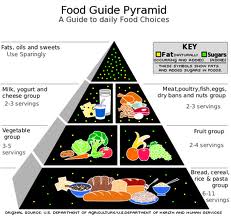 SAN ANTONIO (Reuters) – The next time kids in five San Antonio elementary schools try to sneak those extra french fries onto their tray in the cafeteria line, the eye in the sky will be watching them.

Using a $2 million grant from the U.S. Department of Agriculture, the schools are installing sophisticated cameras in the cafeteria line and trash area that read food bar codes embedded in the food trays.
“We’re going to snap a picture of the food tray at the cashier and we will know what has been served,” said Dr. Roberto Trevino of the San Antonio-based Social and Health Research Center, which is implementing the pilot program at five schools with high rates of childhood obesity and children living in poverty. “When the child goes back to the disposal window, we’re going to measure the leftover.”

The goal of the program is to cut down on childhood obesity by providing parents and school nutrition specialists with specific information on what types of food elementary students are eating.

They will then be able to design healthy meals based on students’ real-life habits, the center’s spokeswoman Denise Jones said. Parents will also be able to use the information to help them design healthier meals at home, she said.

“We will be able to determine whether current programs that are aimed at preventing obesity work, and whether they are really changing students’ behavior,” Trevino said.

Officials will receive information on the nutrient and calorie counts of the food children have actually consumed.

The technology will identify the food, capture the nutrient levels and measure the food that children eat, said Dr. Roger Echon of the center, who designed the program.

Echon on Wednesday showed reporters a printout of the reading from one student’s tray at W.W. White Elementary School. It listed the size of the serving, and its calorie, fiber, sugar, and protein count. He said the program can break down the data into total monounsaturated fatty acids, soluble dietary fiber, and more than 100 other specific measures.

Trevino said the children will not be photographed, and only children who have the permission of their parents or guardians will be allowed to participate.

He said that if the effort is successful in San Antonio, the plan is to implement similar programs in elementary schools nationwide.

One Hit One Da Review

Cannabis in your coffee?