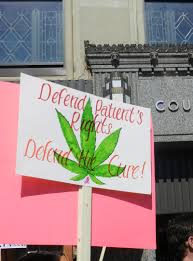 This is great that the ACLU is stepping up……Shouldn’t someone else be helping them? It would be nice to see a few packs of dogs…… -UA 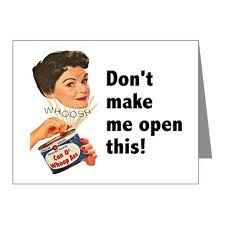 NEW YORK – The American Civil Liberties Union has called on U.S. Attorney General Eric Holder to make clear that the Department of Justice (DOJ) will not prioritize prosecution of people who comply with state medical marijuana laws, in keeping with previous DOJ policy.

In a letter sent late yesterday, the ACLU expresses deep concern about recent letters from several U.S. attorneys from across the country that threaten people who comply with state medical marijuana laws, including state employees and state licensed providers of medical marijuana, with federal prosecution.

“Patients, providers and legislatures need clear guidance from DOJ so they can proceed in confidence that state law will be respected,” said Jay Rorty, Director of the ACLU Criminal Law Reform Project and one of the authors of the ACLU’s letter. “Patients who suffer from serious medical conditions need safe and reliable access to their medicine without the fear of federal prosecution.” The ACLU’s letter was also signed by Laura W. Murphy, Director of the ACLU Washington Legislative Office and Jesselyn McCurdy, ACLU Senior Legislative Counsel.

U.S. attorneys in Washington, Montana, Colorado, Arizona, Rhode Island and Vermont have in recent weeks issued letters that diverge widely from what was previously understood as DOJ policy to not use federal resources to prosecute those who are clearly complying with state medical marijuana laws.

In a 2009 memo issued to all U.S. attorneys, then-Deputy Attorney General David Ogden wrote, “As a general matter, pursuit of [DOJ drug enforcement] priorities should not focus federal resources in your States on individuals whose actions are in clear and unambiguous compliance with existing state laws providing for the use of medical marijuana.” And in a subsequent 2009 statement, Holder said, “For those organizations that are [possessing and distributing medical marijuana] sanctioned by state law and do it in a way that is consistent with state law, and given the limited resources that we have, that will not be an emphasis for this administration.”

But in a New York Times story Sunday, a Justice Department spokesman says the recent letters issued by the U.S. attorneys are “a reiteration of the guidance that was handed down in 2009 by the Deputy Attorney General,” a glaring inconsistency the ACLU says in its letter “requires clarification and an unambiguous statement from [Holder] that the prosecution of those complying with state law is not a priority for the department.”

According to the ACLU’s letter, the recent efforts by U.S. attorneys to dissuade states from enacting and implementing medical marijuana laws through threats of prosecution is an abuse of their role as impartial prosecutors and creates the appearance that the DOJ is attempting to undermine the outcome of lengthy and public legislative processes by various sovereign states.

“Nearly one-third of the states have now decriminalized [medical marijuana] in recognition of the unique and substantive benefit this drug provides to patients with certain serious conditions,” the ACLU’s letter reads. “The states to which the recent U.S. Attorneys’ letters have been directed have wisely recognized not only the needs of patients and the value of marijuana as a medicine, but also the need for a rational distribution scheme that channels this drug to humanitarian uses without contributing to a black market.” 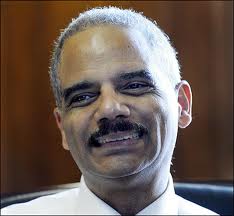 The ACLU also says in its letter that the recent U.S. Attorneys’ letters conflict with a DOJ representation to a federal court that the Ogden memo represented a significant policy shift, under which those individuals and entities that use or distribute medical marijuana in full compliance with state medical marijuana laws would no longer be targeted by federal law enforcement. Based on that representation, the ACLU in 2009 voluntarily dismissed a lawsuit against the federal government arising from a 2002 DEA raid of a California medical marijuana garden, in which the ACLU represents a group of plaintiffs including Santa Cruz, Calif. city and county officials, which sanctioned the garden. The federal court had previously upheld the ACLU’s 10th Amendment claim alleging the federal government had selectively enforced federal marijuana laws in an improper federal attempt to undermine and disable the functioning of state medical marijuana laws.

“If, contrary to the assurances its attorneys provided the court in the Santa Cruz case, the federal government’s enforcement policies now include ‘vigorously enforcing’ federal drug laws against individuals and entities who manufacture and distribute marijuana on a completely non-profit basis and in full compliance with state medical marijuana laws, it marks a significant departure from the federal government’s position in the Santa Cruz litigation and could lead to that case being reinstated in its October 2009 posture with discovery proceeding as originally planned,” the ACLU’s letter reads.