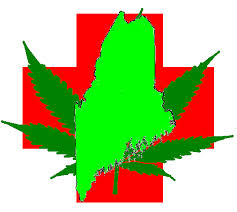 There is still the possibility that Maine voters will be asked to decide whether the drug should be regulated and taxed. 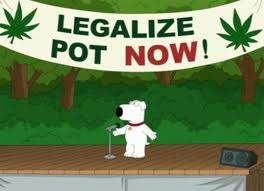 AUGUSTA — State Rep. Diane Russell, D-Portland, said she was “very pleased” Tuesday even though a legislative committee voted 7-3 against her proposal to legalize marijuana.

Russell is the sponsor of L.D. 1453, which would legalize, regulate and tax marijuana in Maine. The measure got a public hearing and a committee vote Tuesday.

“This bill changes the paradigm of how we look at drug policy,” Russell told lawmakers on the Criminal Justice and Public Safety Committee. “It is time to see these policies through the lens of public health and not through the lens of the criminal justice system.”

Several people testified in support of the bill, but it was opposed by the Maine Office of Substance Abuse and the Maine Drug Enforcement Agency. Despite Maine’s law allowing medicinal use of marijuana, the drug is illegal under federal law.

Though several states allow medical marijuana, none has legalized pot for everyone. A recent effort to legalize the drug in California was voted down recently in a statewide referendum.

Some committee members said Tuesday that they were concerned that legalizing all marijuana would put Maine’s medical marijuana law in jeopardy, by drawing the attention of the federal government.

Others just were not comfortable with making pot legal.

“I haven’t heard anything today that really changes my opinion about legalizing one more problem on society; I consider illegal drugs to be a problem and a blight on society,” said Rep. David Burns, R-Whiting, a retired state trooper.

“I’ve never been convinced that marijuana is not a gateway drug, because I’ve seen the result of so many people that have started there and finished up elsewhere,” he said.

Ultimately just three committee members — all Democrats — voted to keep the measure alive by supporting an amendment offered by Russell to send it out to Maine voters as a referendum.

But Russell was upbeat after the vote, saying she is encouraged to have a chance to argue for her bill on the House floor.

“They took my amendment to send it to the people, which I think is a fair compromise, and we’ll see what happens on the floor. But I actually did far better than I expected on that bill,” she said.