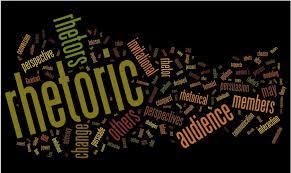 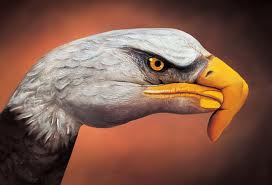 PROVIDENCE — Peter F. Neronha, the U.S. Attorney for Rhode Island, is not alone among the top federal prosecutors in New England when it comes to threatening raids on large-scale marijuana dispensaries that have opened or plan to open and sell medical marijuana.

In recent days, U.S. Attorney Tristram J. Coffin, in Vermont, sent a letter to lawmakers that is similar to one that Neronha delivered to Governor Chafee stating that the proposed dispensaries are drug-trafficking operations that would be violating federal drug laws.

The Justice Department considers marijuana a Schedule 1 Controlled Substance, or drug, with no proven medicinal value.

“Individuals who elect to operate marijuana-cultivation facilities will be doing so in violation of federal law,” Coffin wrote. “Others who knowingly facilitate such industrial-cultivation activities, including property owners, landlords, and financiers, should also know that their conduct violates federal law.”

The threatening letter did not sway state legislators. Last week, the Vermont House voted 99 to 44 to approve a bill that would establish four medical-marijuana dispensaries in the state. Gov. Peter Shumlin, who sponsored a similar bill in the Senate last year, is expected to sign the legislation into law.

In Maine, the state’s first dispensary, Safe Alternatives, opened its doors a month ago in a residential house on Route 1 in Frenchville, Maine, less than a mile from an elementary school. The state also has authorized the opening of seven other dispensaries across the state.

Don Clark, a federal prosecutor who serves as the spokesman for Thomas E. Delahanty II, the U.S. Attorney for Maine, said that his office has received an inquiry from the legislature’s Health & Human Services Committee on whether the federal authorities plan on taking any action against the dispensaries.

Clark said that the matter is under review.

Clark said that Delahanty has been in contact with U.S. attorneys from several of the 15 states that have permitted licensed patients to use or grow marijuana.

On Tuesday, the American Civil Liberties Union called on U.S. Attorney General Eric Holder to make clear that the Department of Justice will not “prioritize prosecution” of people who comply with state medical-marijuana laws.

Connecticut has yet to legalize marijuana for medicinal purposes or draft legislation for the creation of dispensaries. But last week, Gov. Dannel P. Malloy and other top Democratic leaders announced that they want to pass a law that would allow patients to grow marijuana indoors, provided that they get a physician’s approval.

Some legislators also want the state to pass an amendment that would permit dispensaries.

Rep. Gerald Fox, D-Stamford, co-chairman of the House Judiciary Committee, told The Connecticut Mirror last week that he was keeping an eye on developments in other states, such as Rhode Island, but he believes that the legislation will prevail.

“I don’t think that will hold up the bill,” he said. “I will certainly pay attention to the federal government when something happens.”

On April 29, the issue took hold in Rhode Island when word leaked out that Neronha, the state’s top federal prosecutor, had delivered a letter to Governor Chafee warning him that his office may prosecute, or get civil injunctions, against the three dispensaries that the state Health Department recently selected to cultivate and sell medical marijuana.

Today, there are just over 3,400 licensed patients in Rhode Island.

Leaders in the state medical-marijuana community expressed outrage at Neronha’s letter, and they accused him of being insensitive to the needs of patients suffering from cancer, chronic pain and other debilitating medical conditions.

Neronha said that he had no plans to go after the state’s 2,200 licensed caregivers who are allowed to grow up to 24 marijuana plants for up to five patients.

Jim Martin, Neronha’s spokesman, declined to say whether Neronha was simply following a mandate from the Justice Department in Washington, D.C. He did say that Neronha has discussed the issue with other U.S. attorneys in states that permit the use of medical marijuana.

In the wake of Neronha’s letter, Governor Chafee has “placed a hold” on the opening of the three dispensaries in Rhode Island. They were planning on opening for business by late summer or early fall.

The action is more than just a threat out West. In Montana and Washington, federal authorities have executed search warrants at various medical dispensaries and grow sites. They also seized about $4 million from banks in three Montana cities.

In Arizona, Gov. Jan Brewer has been an outspoken critic of medical-marijuana dispensaries, but she said she respects the will of the people and does not plan on blocking the licensing of 126 dispensaries. She took offense at U.S. Attorney Dennis K. Burke’s threat to crack down on Arizona’s dispensaries.

“You know what I would say to Dennis Burke?” she said. “Why don’t they enforce their immigration laws?”