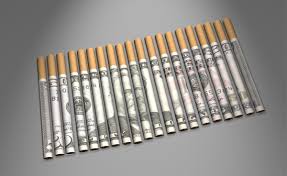 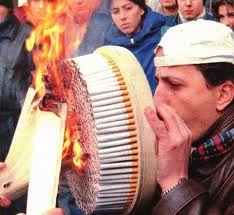 The nation’s third-biggest tobacco company reported Tuesday that its net income was $248 million, or $1.71 per share, for the period that ended March 31. That’s up from $232 million, or $1.50 per share, a year earlier.

The per-share figure was boosted in part by the company having fewer shares outstanding.

Analysts polled by FactSet expected earnings of $1.57 per share and revenue of $955 million.

The company said it’s off to a good start for the year, but macroeconomic, competitive and regulatory challenges remain.

Lorillard sold 9.5 percent more cigarettes on gains of 8 percent from its flagship brand, Newport, and increases of about 23 percent for its lower-priced brands such as Maverick and Old Gold.

The company estimates that, in contrast, cigarette volume fell 3.4 percent across the industry for the quarter.

Lorillard company said its non-menthol Newport cigarettes, introduced in November, contributed significantly to its increase in volume, but it also noted it spent more promoting the new product.

The Newport brand is “just very strong and continues to organically grow,” CEO Murray Kessler said in a conference call with investors.

High unemployment and rising cigarette prices and taxes caused many smokers to trade down to cheaper brands during the recession. Lorillard’s Maverick and Old Gold and Reynolds American’s Pall Mall have been among the beneficiaries.

Most tobacco companies have raised prices and cut costs to bolster profits as declining demand cut into cigarette sales. Smoking bans, health concerns and social stigma also have made the cigarette business tougher.

Lorillard’s share of the U.S. retail market share increased 1.5 points during the quarter to 14.1 percent overall, and Newport’s share of the menthol market was stable at 36.4 percent.

Lorillard’s top competitors have ramped up efforts to grab some of the growing menthol market.

Lorillard, the oldest continuously operating U.S. tobacco company, spun off from Loews Corp. in 2008. It is the last of the country’s top tobacco companies to report first-quarter results.

No. 2 Reynolds American’s net income surged in the first quarter. It benefited from strength in its Pall Mall and Camel brands and higher prices. Reynolds sold 5.2 percent fewer cigarettes.