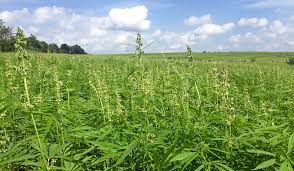 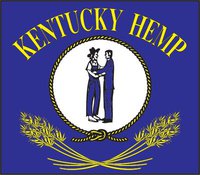 Two Republican candidates for agriculture commissioner have come out in favor of allowing Kentucky farmers to grow industrial hemp as an alternative crop.

James Comer, a state lawmaker from Tompkinsville, and Rob Rothenburger, a judge-executive from Shelbyville, haven’t shied away from the issue as they prepare for their first statewide televised debate on Monday.

Theirs is a stand that most Kentucky candidates consider politically radioactive because of fears that voters might somehow leap to the false conclusion that they’re also pro-marijuana.

Industrial hemp, a cousin to marijuana, is used to make textiles, paper, lotion, cosmetics and other products. Though it contains trace amounts of the mind-altering chemical tetrahydrocannabinol that makes marijuana intoxicating, it remains illegal in the U.S.

“One of the things I want to do as agriculture commissioner is explore alternative crops,” Comer said Monday. “I think that that’s a viable option if the federal government would provide Kentucky with a waiver and let a few farmers do a trial run on it.”

Rothenburger said he is aware of the concerns of law enforcement that wayward hemp producers could try to mingle illegal marijuana among legal hemp crops.

“It may make their jobs a little tougher, should industrial hemp be allowed again,” Rothenburger said. 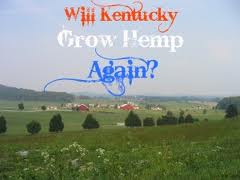 Kentucky has an ideal climate for hemp production and, during World War II, was a leading grower of the plant that produces strong fibers that was using in fabrics, ropes and other materials for the military.

The eventual Democratic and Republican nominees will square off in the fall general election to replace current Agriculture Commissioner Richie Farmer, who had served the maximum two terms in the office.