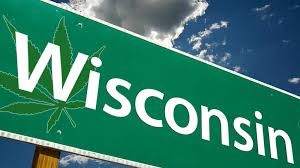 Nearly a year after one of Wisconsin’s biggest marijuana-growing busts on their turf, officials from the Chequamegon-Nicolet National Forest are urging visitors to be on the lookout for new pot plantations.

WTH! Is there not enough to do in Wisconsin? Heres an idea….GO FIND THE REAL CRIMINALS! Advice to hikers: Should you encounter an illegal marijuana grow in the forest, SHUT THE HELL UP AND LEAVE IT ALONE. -UA 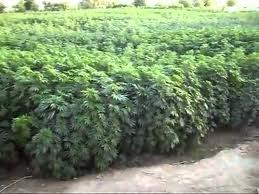 Nearly a year after one of Wisconsin’s biggest marijuana-growing busts on their turf, officials from the Chequamegon-Nicolet National Forest are urging visitors to be on the lookout for new pot plantations.

Forest officials this week said people should be on the lookout for recently logged-off areas of the forest now that planting season has arrived. And they warned the public that the people growing the marijuana may be armed and dangerous.

“We’ve had small (growing) operations discovered in the past, but nothing like last year, to that kind of scale,” said Suzanne Florey, spokeswoman for the Forest Service in Rhinelander. “We aren’t aware of anything specific as of now. But people should be aware of what might be out there, and that these people could be armed.”

Florey said visitors should look for isolated tents, garden tools, bags of fertilizer, garbage and large, stump-filled areas. They should leave the area immediately and call 911.

Jim Sanders, supervisor of the 2 million-acre Superior National Forest in Northeastern Minnesota, said his office is working to raise awareness among employees and visitors to be on the lookout for pot plantations.

“So far we haven’t had any of those major operations. But it’s something that’s on our radar,’’ Sanders said. “Our shorter growing season has been to our favor. But the word is now that they have marijuana hybrids that can grow in just 50 days, and that puts us in the ballpark.”

The sprawling 1.5 million-acre Chequamegon-Nicolet National Forest covers large blocks of land in 11 counties in northern Wisconsin, from Bayfield County in the northwest to Oconto County to the southeast.

After a tip from a hunter who wandered onto a marijuana plot last summer, authorities from multiple state, federal and local agencies found and destroyed about 70,000 marijuana plants that were part of a major growing organization. They eventually found at least nine 2- to 3-acre plots in the southeastern portion of the 1.5 million-acre forest near Lakewood, Wis.

Authorities eventually swooped in and arrested eight men, calling it a major drug-trafficking organization, Florey said. The Associated Press reported in August that court documents claimed a single drug-trafficking organization was overseeing marijuana grows and employing workers on multiple sites in the forest. The documents did not name the organization or elaborate on the men’s roles in it, though national forests and parks have become prime targets of Mexican drug gangs setting up expansive marijuana fields in the U.S. in recent years.

Florey said the marijuana plots found last year were far from popular campsites and trails but not far off forest roads. She said the growers often used the cut-down trees and brush to create thick walls of brush around their gardens. 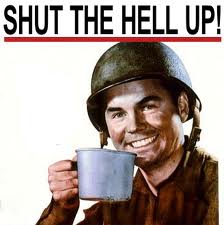 “The speculation is that increasing enforcement down South (against marijuana-growing operations) has pushed some of that interest up here,” she said. “But I think this is an issue all public land agencies are dealing with right now. Any time you have large uninhabited tracts of land, fairly easily accessible but still out of the way, it’s a possibility.”

According to the U.S. Drug Enforcement Administration, drug agents around the country seized about a million plants a year between 2004 and 2008. But by 2008 that increased to 7.6 million marijuana plants from about 20,000 plots. About 2.5 million plants were seized across all national forests in 2009.