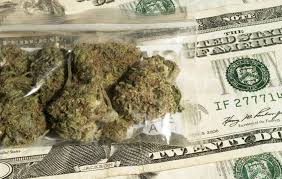 Study of marijuana tax gets support in Senate committee

State lawmakers Wednesday took a step toward possibly licensing and taxing medical marijuana sales in California, despite objections that such sales are not sanctioned by federal law.

A bill that would have the state Board of Equalization study ways to tax and license the sale of medical marijuana was approved by the Senate Governance and Finance Committee on a 5-2 vote.

Sen. Ron Calderon (D-Montebello), author of SB 626, said the cash-strapped state was missing out on potentially tens of millions of dollars from the sales.

“There is a real revenue source here that we need to tap,” Calderon told the committee, noting that California voters approved a ballot measure in 1996 allowing medical marijuana sales.

Sen. Doug La Malfa (R-Richvale) opposed the legislation, which next goes to a committee on financial issues for consideration. “I can’t support something that in any way legitimizes this product,” La Malfa said.

Some supporters of medical marijuana sales like the Calderon bill, though there was grousing over the lighthearted tone of a report by the committee’s analysts examining the issue.

The official state report, which was used as the basis for the committee action, contained a serious analysis of the legal and policy issues involved, but under chapter headings that included: “What’s so great about short-term memory anyway?” “Learn to focus better,” and “Just Doob it.”