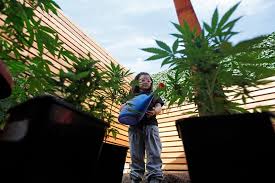 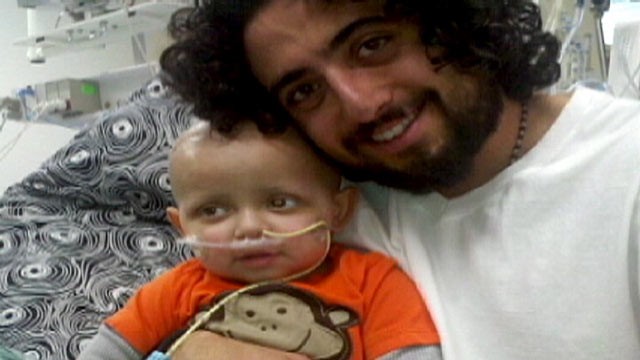 MISSOULA, Mont. – A two-year-old boy who was given cannabis by his father while battling brain cancer was Wednesday unwittingly thrust into the debate about medical marijuana.

Father Mike Hyde, from Missoula in Montana, told KXLY News last week how he fed marijuana to his son Cash Hyde to ease the pain.

But despite the sensation Cash’s father said he believed it saved his son’s life. Cash, known as Cashy, has returned home after successfully beating cancer.

Cash was born a healthy baby in June 2008 but became sick shortly before his second birthday.

He was diagnosed with a stage 4 brain tumor and underwent high-dose chemotherapy.

“By the end of September, he had gone 40 days without eating, he was vomiting 9-10 times a day, he couldn’t lift his head off his pillow, he was laying their shivering,” Hyde said.

His desperate father inserted cannabis oil through his feeding tube without telling doctors. Hyde said doctors were amazed at the boy’s recovery.

“I wanted to tell them — hey, he’s on cannabis oil — but I didn’t want them to take it away from him,” he said.

Medical marijuana is legal in some US states, including Montana, but is illegal to possess without authorization from a medical professional.

“The only way for medical patients to benefit from cannabis is for us to have it legalized fully,” Hyde said.

“Until it’s fully legalized, police and law enforcement will continue to harass and invade patients’ rights, and take their medicine away.”