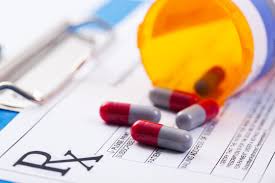 The comical part is ……’we will NOT ACCEPT ILLICIT SUBSTANCES LIKE METH AND MARIJUANA! …… why would the DEA want that off the street?……..SMH -UA
Sun-Star Staff 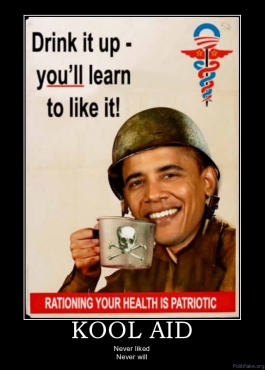 SACRAMENTO — United States Attorney Benjamin B. Wagner announced the U.S. Drug Enforcement Administration’s initiative that seeks to prevent pill abuse and theft. The DEA and local law enforcement agencies will be collecting potentially dangerous, expired, unused, and unwanted prescription drugs for destruction at sites nationwide on Saturday, April 30 from 10 a.m. to 2 p.m. The service is free and anonymous — no questions asked.

Many Americans are not aware that medicines that languish in home cabinets are highly susceptible to diversion, misuse, and abuse, according to a news release. Prescription drug abuse in the United States is increasing at alarming rates, as are the number of accidental poisonings and overdoses due to these drugs. Nationally, deaths from the misuse of prescription drugs now exceeds deaths from overdoses of illicit drugs such as heroin and cocaine. Studies show that a majority of abused prescription drugs are obtained from family and friends, including from the home medicine cabinet. In addition, many Americans do not know how to properly dispose of their unused medicine, often flushing them down the toilet or throwing them away – both potential safety and health hazards.

Collection sites will accept any medicines in capsule and tablet form brought in for disposal. Intravenous solutions, injectables, and needles will not be accepted. Illicit substances such as marijuana or methamphetamine are not a part of this initiative.

In addition to dozens of collection sites hosted by local law enforcement agencies in the Sacramento area, the DEA will host its own collection site at 2929 Fulton Avenue in Sacramento, in the parking lot of the U.S. Post Office (at the Marconi Entrance). A representative of the U.S. Attorney’s Office will also be present at that location.

This same event was held last September, resulting in the collection of 121 tons of prescription drugs. Four days later, Congress passed the Secure and Responsible Drug Disposal Act of 2010, which amends the Controlled Substances Act to allow an “ultimate user” of controlled substance medications to dispose of them by delivering them to entities authorized by the Attorney General to accept them. The Act also allows the Attorney General to authorize long-term care facilities to dispose of their residents’ controlled substances in certain instances. The DEA has begun drafting regulations to implement the Act, a process that can take as long as 24 months. Until new regulations are in place, local law enforcement agencies and the DEA will continue to hold prescription drug take-back events every few months.

Promoting proper disposal of prescription drugs is one of the elements of the 2011 Prescription Drug Abuse Plan released last week by the Office of National Drug Control Policy. The plan responds to the escalating problem of prescription drug abuse, which the Centers for Disease Control has called an “epidemic” in the United States. Other elements of the plan include public education, enforcement actions, and greater monitoring to detect illegal diversion of medications. More information on the plan can be found at www.whitehousedrugpolicy.gov.

• Service is free and anonymous.

• Intravenous solutions, injectables, and needles will not be accepted.

• Illicit substances such as marijuana or methamphetamine are not a part of this initiative.