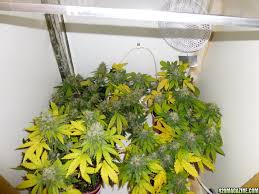 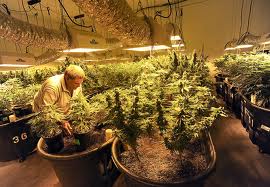 Ordinance amendments regulating caregiver operations, marijuana possession and law enforcement was approved by the Flushing Planning Commission Monday night to move on to the City Council for approval.

And while the city will allow caregivers to operate within the city limits, the guidelines are very restrictive.

Within the 4-square-mile city of Flushing caregivers can only operate in heavy commercial zoning areas by Special Use Permit.

The only heavy commercial zoning area in Flushing is on East Pierson Road between Elms Road and Main Street.

And with a restriction of caregivers needing to be 500 feet from other medical marijuana caregivers, there would only be room for about one or two caregivers — each growing plants for up to five patients — within the city, said City Manager Dennis Bow.

“This is probably the more restrictive way we can go,” Bow said. “If we have to permit it this is the best way to go.”

The caregiver facilities also have to be 500 feet from schools, daycare centers, places of worship and parks.

To grow plants for up to five patients, a caregiver would need to use a lot of electricity and electrical cords, which could be a fire hazard in residential areas, he said.

“It’s to make sure it’s done in a regulated fashion just like any other business,” Hoornstra said.

And to reduce the volume of caregiver facilities may also help prevent more crime, Bow said.

“This type of commodity … lends itself to other activities that I’m sure our police force is concerned with,” Bow said. “Because of the numerous issues that are alive here  we want to make sure we don’t have problems other places have had.”

Legally High: Marijuana Initiatives On The Ballot In Three States And...