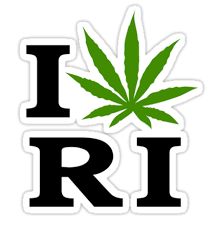 PROVIDENCE, R.I. — Governor Chafee announced Monday that he has “placed a hold” on the state’s medical marijuana dispensary program in light of a warning issued by the U.S. Attorney here that he might prosecute or take civil action against the centers and anyone involved with them.

The owner of one of those planned centers said in response that he was disappointed, but hopeful that Chafee would be able to work with other governors to remove the threat that could prevent their opening. And Rhode Island’s attorney general said he had no plans for state prosecution of the centers or those associated with them.

State Sen. Rhoda Perry, D-Providence, who was the prime sponsor of Rhode Island’s medical-marijuana dispensary statute, called Chafee’s action “appropriate” in light of statements U.S. Attorney Peter F. Neronha has made intimating that he would raid the dispensaries if they were open.

“I don’t know where this comes from,” Perry said of Neronha’s views of the dispensaries. “It is quite bothersome to me.”

But she said “maybe there may be something we might be able to amend in our current law” before the end of this session that would address the Justice Department’s concerns. “There are thousands of people who need the substance and need it in a legal way.”

Six weeks ago, the state Health Department tentatively approved licenses for three such dispensaries to open in Rhode Island. The three have been planning to open this summer.

But on Friday, Neronha, in a letter hand-delivered to Chafee’s office, threatened to take action against against those involved with the “compassion centers” if they open. Andon Sunday, in an interview with The Providence Journal, the U.S. Attorney said he hoped the dispensaries don’t open because he considers them to be large-scale for-profit cannabis production centers that are against federal law.

One of the approved dispensaries estimates that it will be serving 8,000 patients and taking in $25 million in revenue by 2013, Neronha pointed out.

Chafee, in a press release issued by his deputy press secretary Christian Vareika, said that “during this hiatus, I will be consulting with the governors of other states with similar medical marijuana programs, with federal officials and with the compassion center applicants themselves.”

He noted that “none of Rhode Island’s compassion center applicants have received a certificate of registration to date. In light of the United States Attorney’s articulated position on closing compassion centers, seizing proceeds and prosecuting business enterprises that market and sell medical marijuana, I have placed a hold on the state’s medical marijuana certificate of registration program.”

Seth Bock, chief executive officer of Greenleaf, just got his building permit Monday from the Town of Portsmouth to start constructing his dispensary; he’d planned to open in August in the Portsmouth Industrial Park on High Point Avenue. But now, he says, he is going to hold off on starting construction on the 1-story, 6,000-square-foot building until he gets more assurance from the state that the dispensary program can legally go forward.

“it wouldn’t make sense to start construction now if they’re going to pull the plug on the entire program,” he said.

Bock, an acupuncurist and herbalist, said Greenleaf has spent “tens of thousands of dollars” on plans for his facility, the health department registration process, attorneys’ fees “and thousands of dollars in unpaid effort to build a perfect model of how to run a compassion center.”

While disappointed in Chafee’s announcement today, which he referred to a “a little bit of a surprise,” he said “it’s understandable that the governor would want to research this a little bit more.

“In my opinion, Rhode island has crafted a program that we feel the Department of Justice would want to stand behind, as opposed to the types of dispensaries that are in the media a lot in California and other states out in the Wild West.”

Rhode Island, Bock said, built its program in an attempt to comply with Department of Justice concerns. “The Department of Health put together a compassion center program where on Page One we’re defined as a ‘caregiver operation.’ When you look at the volume of medicine, we;re just a natural extension of the current caregiver program.”

Bock said he was “a little surprised” that no one in Chafee’s office, the Health Department or the General Assembly had conferred with Neronha before approving applications for the compassion centers. But he added, “It seems to me that the Rhode Island General Assembly feels as though this is a states’ rights issue. They knew federal law banned marijuana” when they enacted medical-marijuana laws and approved dispensaries. “We feel they’d done their due diligence in working with the local chapter of the Department of Justice.”

Bock said that he is optimistic that compassion centers will open in Rhode Island and that some consensus will be forged between state and federal authorities regarding the legality of them.

“I feel strongly that we are going to prevail on this. I think Chafee is signalling by his action today that he is reaching out to try to build a consensus with other governors, and hopefully this will be a turning point with the governors being on board to bring this to the national level and start to create change.”

He said he planned “to continue to fight for the rights of these patients who really need this drug in a safe, controlled environment.”

The Health Department, which has been in charge of soliciting and approving applications for the dispensaries, said it would have no comment Monday on the medical-marijuana program, which currently serves more than 3,350 patients in Rhode Island.

Annemarie Beardsworth, spokesperson for the department, said: “All inquiries on this topic are being handled by the Governor’s Office.”

The state’s new attorney general, Peter F. Kilmartin voted while a member of the Rhode Island House to allow medical marijuana and create state-licensed dispensaries for its distribution. He said today through a spokeswoman that the question of their legality is not something his office intends to pursue.

“The general’s position is that this doesn’t fall under the purview of this office,” said Amy Kempe, Kilmartin’s press officer. “We uphold state law, and state law has carved out an exception for medical marijuana and compassion centers. Our office cannot prosecute [the dispensaries] so long as individuals and the compassion centers are operated within the boundaries of state law.

“Our office would not have authority to prosecute … but that does not stop the federal authorities,” Kempe emphasized. “This is a conflict between state law and federal law.”

However, Kempe said that Kilmartin plans to introduce a bill this legislative session that would “tighten up the current medical-marijuana laws.” She declined to be more specific.

Senator Perry said, “It didn’t appear to us that our legislation would be looked upon as an interstate commercial activity” that the federal government would pounce on.

“To our view,” she said, “we’ve designed a tightly regulated approach so that patients can receive a quality product through a legal mechanism.”

Governor Chafee is in North Carolina today at a conference on education, and then he will sit in on a discussion with four other past governors of Rhode Island.

“The United States Attorney for the District of Rhode Island delivered a letter to me on Friday afternoon which was copied to the Director of the Department of Health and the three Compassion Center applicants. That letter, as well as similar letters sent to officials in other states, clarified the Department of Justice’s position on medical marijuana. The Department of Justice previously indicated that it would not focus its limited resources on doctors and their sick patients who prescribe and use marijuana if such use was permitted by state law. This position was interpreted by some states as giving them latitude to authorize medical marijuana cultivation and distribution programs. Friday’s letter makes it clear that DOJ will now pursue certain commercial cultivation and distribution of medical marijuana, even if such cultivation and distribution is permitted by state law. Compassion centers, their owners, landlords, financiers and other operations “facilitators” are identified as potential targets of federal law enforcement activities. 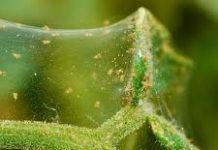 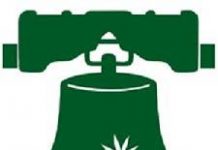 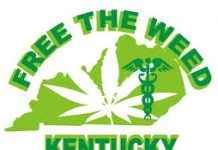 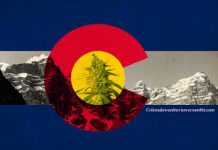