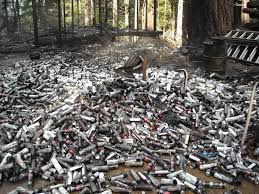 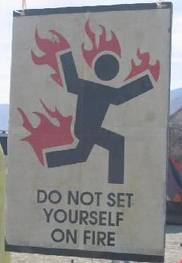 A Lower Sackville, N.S., man who was badly injured in a house explosion Saturday remains in critical condition at a Halifax hospital.

Police were called after neighbours reported seeing a man in his underpants on fire on Margaret Street off Sackville Drive.

Halifax RCMP said the man had a licence for medical marijuana. He was mixing isopropyl alcohol with cannabis to make hash oil in his basement, police said.

Staff Sgt. Bruce Webb said the man was using a rice cooker when the mixture overheated, exploded and set the man on fire.

“What the gentleman was doing was very, very dangerous. He will be scarred for life with his burns. There is extensive fire, smoke and water damage to his home,” Webb said. “It’s just a terrible tragedy for an event that was highly illegal.”

The man is being treated in the burn unit at the Queen Elizabeth II hospital.

While the man has a licence to possess medical marijuana, it remains illegal for anyone to make hash or hash oil.

Webb said police will monitor the man’s condition before they make a decision about laying drug charges.