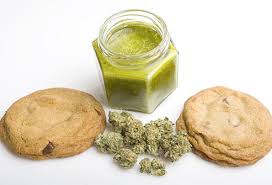 This is NONSENSE, his use of ‘medical marijuana’ is a joke.  If a citizen is caught with drugs, it shouldn’t matter where you work. He was well aware of the laws and tried hiding behind a RI program he helped to enact. Shameful. -UA

House Minority Leader Bob Watson today challenged a police report that says he was intoxicated at a sobriety checkpoint and asserted that the marijuana he had with him was being used to treat flare-ups from his pancreatitis.

Watson made the remarks on the House floor after a caucus with other GOP members. At the end of the caucus the members held a vote of confidence in Watson continuing in his leadership post.

Did not get Health Department OK 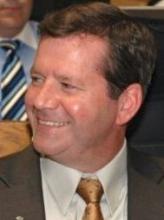 The East Greenwich Republican said he did not seek the approval of the state Health Department for his medical marijuana. He said he had been worried that his personal information might make it out into the public eye—and he did not want to become the poster child for medical marijuana in Rhode Island.

He said he brought the marijuana with him into Connecticut because he’d had a flare-up the day before—but he ended up not using it.

Watson also has questioned the accuracy of a police report. He denied that he failed the field sobriety tests and said anyone exhibiting the behavior that the police officer claims he exhibited would have blown higher than a .05 BAC, which is what he registered on the breathalyzer.

“What he says makes a whole lot of sense and I have no reason not to take him at his word,” Newberry said.

State Rep Michael Chippendale, R-Coventry, Foster, Glocester, also issued a statement—saying that he could he identify with Watson, although he hadn’t personally used marijuana for medical purposes.

“I know Leader Watson. I know the medical condition that he’s battling first hand, because I’ve had attacks of pancreatitis,” Chippendale said. 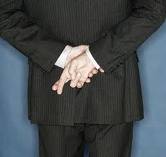 “I don’t support breaking the law. Leader Watson will have his day in court, and whatever the outcome is of those proceedings will settle the legal element of this situation,” he added. “But I do respect the rights of a person suffering with a chronic illness to make decisions that they deem to be effective for the treatment of their symptoms. Medical Marijuana is legal in Rhode Island and it became legal because our state recognized that it has a positive impact on the treatment of those suffering with certain afflictions.”

House voting records indicate that Watson joined the vast majority of his colleagues in voting to approve the state medical marijuna program in 2005.