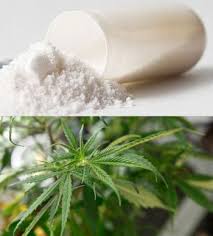 Where could they possibly get these statistics from? I bet all the cannabis ‘drug abusers’ and Ecstasy heads just lined up to admit their usage….. Give me a break. It is sad to see that the Australians are being served the same rhetoric bullshit that America and Britain give to the drug war. -UA 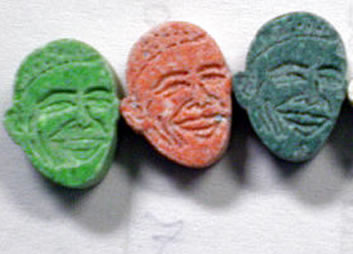 Ecstasy may soon take over cannabis as the most commonly consumed drug in the state, unreleased research is expected to reveal.
The University of Queensland’s Alcohol and Drug Research Education Centre has recently completed research into illicit drug use that shows cannabis consumption has continued to decline across the state, while ecstasy use is on the rise.
Although the findings have not been released, centre director Jake Najman said data uncovered by the study revealed ecstasy had come close to overtaking marijuana as the most commonly used drug across all demographics.
And he said the drug could surpass cannabis in some age groups.
Research for many years has shown cannabis use has been on a steady decline since the late 1990s.
“Cannabis isn’t anywhere near as popular as it used to be,” Professor Najman said.
“It is getting to a level now where a couple of other drugs are starting to compete with cannabis and the main competition in terms of popularity is coming from ecstasy.”
Earlier figures from the 2007 National Drug Strategy Household Survey showed cannabis usage among all Australian males aged over 14 dropping from 21.3 per cent in 1998 to 11.6 per cent in 2007.
Ecstasy, meanwhile, had steadily risen from a usage of 1.1 per cent of males in 1995 to 4.4 per cent in 2007.
Professor Najman said the latest research by the Queensland Alcohol and Drug Research Education was more recent than the National Drug Strategy survey.
“In the last 10 years there has been a fairly steady decline in cannabis use and that decline stretches across all age groups,” he said.
Professor Najman said he believed cannabis had declined over the past 10 to 12 years due to increased publicity about the negative effects of extreme marijuana usage, as well as the decline in the number of Australians smoking generally.
He said this bad press may have seen younger drug users move to other drugs such as ecstasy.
“The impression we have, and I am taking this impression from data that has been collected in the US, is that kids at school tend to be fairly responsive to the perception of how dangerous particular drugs are and when they hear about some drugs being dangerous they typically switch to other drugs,” Professor Najman said. 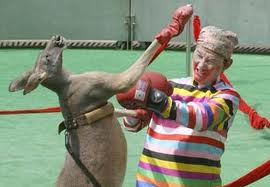 “I think part of what is happening is kids are switching to other drugs because they are hearing stories about the dangers associated with cannabis…
“There’s a paper we wrote talking about schizophrenia as one of the potential consequences of very long term use, that it can precipitate schizophrenic episodes, that’s really long term use and fairly heavy use.
“You get the impression that a lot of young people regard ecstasy as pretty benign and that may be affecting their decision to use it.”
However close ecstasy use is getting to cannabis in terms of popularity, the drug does not appear to be causing as many problems for drug treatment services as marijuana.
According to the Alcohol and Other Drug Treatment Services in Australia report of 2008-09, 36.4 per cent of Queensland clients saw centres with an issue primarily concerned with cannabis, greater than both alcohol (35.8 per cent) and ecstasy (2.3 per cent).
Drug Arm Queensland operations manager Mark Clark said he would be was surprised if it could be shown that ecstasy had became more popular than cannabis.
“The other thing to remember is a large percentage of drug users are poly-users, it’s not necessarily one or the other,” he said.
“People might use amphetamines, cannabis, ecstasy and alcohol. In a more likely scenario a combination of drugs are used.”
The federal government’s Department of Health and Ageing website warns readers that the consequences of cannabis use may include dependence, anxiety and depression, sleep problems, lowered sex drive, learning difficulties and poorer educational outcomes.
They could also experience memory problems, respiratory illnesses, increased cancer risk as well as paranoia and other psychotic symptoms such as hallucinations and development of schizophrenia.
Professor Najman said he believed a major issue with cannabis was that it was a demotivating drug.
“People at school who use cannabis will be as not interested in their studies, and will not be bothered and they can perform pretty bad academically,” he said.
“And that’s pretty serious kind of consequences because you are nearing up to the rest of your life and if you can’t be bothered you’re going to have a very poor platform for the rest of your life.”
Professor Najman said recent research at the university had revealed the babies of women who had smoked cannabis during pregnancy were 250 to 300 grams lighter than other children.
Of the more serious mental health side effects, such as the development of schizophrenia, Professor Najman said it was unclear how much cannabis a person had to consume, and for how long they had to consume it, for these side effects to come into play.
But he did say using small quantities of the drug was unlikely to matter.
“Most cannabis users only use small quantities and only use occasionally,” Professor Najman said.
“One of the things we don’t want to be doing is punishing people who are having an occasional joint because for most of the time that will not be having any consequences for anyone really, it’s a fairly benign behaviour if its an occasional joint.”
The Queensland Alcohol and Drug Research Education centre study is expected to be released later this year.

Professor Najman sounds like a real idiot, someone get him a bedsheet. -UA