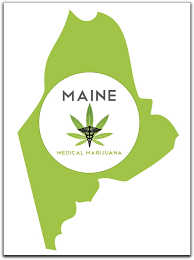 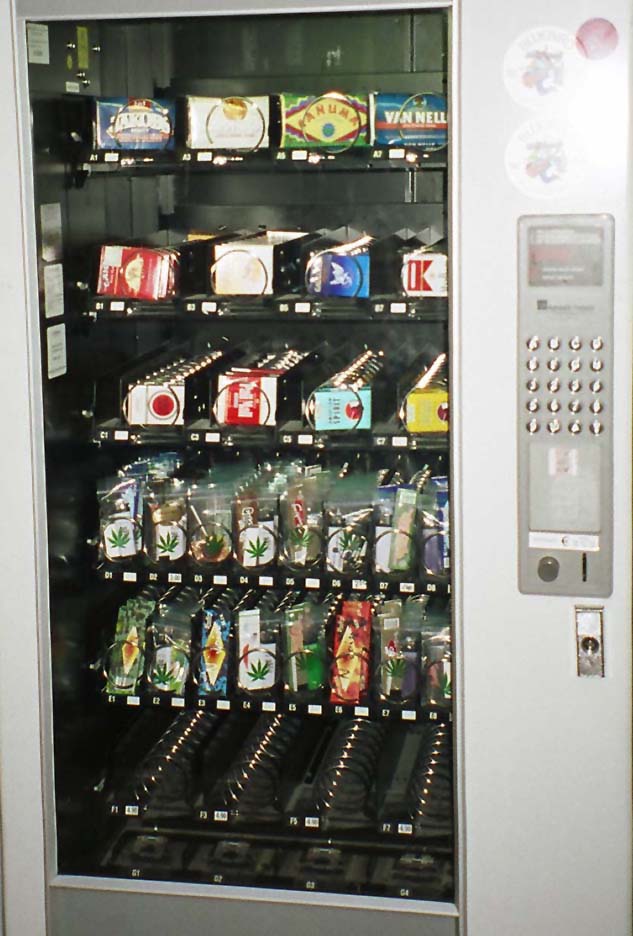 Sometime next month two of eight medical marijuana dispensaries in Maine are expected to open: one in Ellsworth and one in Auburn. Two are already taking medical cannabis on the road and selling it to authorized patients. There have been some stumbling blocks. Several cities and towns have passed temporary moratoriums against dispensaries. And next week lawmakers will consider a bill to change some of the program rules. But the state is finding that interest in medical marijuana is growing every day.

Tim Smale and his wife Jenna looked at 35 locations before settling on a building in an Auburn shopping center to set up their non-profit medical marijuana dispensary, known as Remedy Compassion. They plan to include an on-site kitchen to make medical marijuana tinctures and edible as well as topical cannabis cream to treat arthritis and muscle spasms.

They are keeping secret the location of their medical marijuana cultivation site, but say they plan to offer high quality strains to treat a variety of ailments. They’ve already received a green light from the state and plan to open in the next 30 days.

Smale says the goal is to keep prices as low as possible. “I can’t come out the door and offer $99 ounces,” he says. “We wouldn’t be here. But I can offer what the market price is. So, for example our price to our patients is $336 dollars. And I think the market price is up in the neighborhood of $400 or $350–or something like that.”

The market price means the black market which many patients are already familiar with. Smale says he’ll offer five percent discounts to veterans and patients on MaineCare and Social Security. He’ll start out with a small staff. Right now there are just four employees, including his wife and himself, and fewer than 100 patients.

But Smale says he’s anxious to get medicine to patients who need it. He says he knows what it’s like to need pain relief. He’s suffered from debilitating migraines for more than 20 years. At their peak he was getting them two or three times a week.

“These are very intense episodes with nausea and intense pain, and it just sends me crying like a baby sometimes,” he says. “So my wife, Jenna, has actually had to give me some cannabis during these headaches when I’m literally crying on the ground in pain.”

Over the years, Smale tried all kinds of medications but found them ineffective or with unpleasant side effects. He says marijuana is the only thing that works for him. He prefers to inhale it with a vaporizer so he doesn’t have to smoke.

“I get probably two migraines a month now, and maybe one of them will be so devastating that I’m in a massive amount of pain. So it’s changed my life,” he says. “If I didn’t have cannabis, shoot me, put me away. Life is not worth living without cannabis. I couldn’t live without it. I would be disabled.”

So many people are interested in medical marijuana that Catherine Cobb of the division of licensing at the Department of Health and Human Services says she and her staff are fielding 50 or 60 calls a day from prospective patients.

Under the rules, patients with a doctor’s authorization who register with the state have the option of growing their own medical marijuana, choosing a caregiver to grow it for them or signing up with a licensed dispensary. Cobb has been interested to see what patients are choosing.

“We have quite a few patients who are choosing to grow their own, but if they haven’t previously used medical marijuana they’re tending to choose a caregiver or dispensary because they don’t want to start from scratch and wait for two or three months before their own marijuana starts producing buds,” she says. “So I think for some of them it’s an expediency.”

The report also finds that 118 doctors have agreed to participate in the program, although many express concern about potential liability attached to their recommendations. Some employers have also prohibited their physicians from recommending the use of marijuana.

And that’s one reason Jonathan Leavitt of the Maine Marijuana Policy Initiative wants to relax some of the existing rules. “A lot of small adjustments that we think need to be made and will help the law work better for everybody, bring it on par with the relationship that doctors and patients usually have, where it is up to the physician to decide what the appropriate medication is, not the state,” he says.

On Monday, lawmakers will hold a public hearing on a bill that would, among other things, eliminate the state’s patient registry and the list of medical conditions that medical cannabis can be used to treat.